Barry Bannan has today confirmed that Paul Ince and Blackpool are in talks to take the Scotland international on a loan deal.

Bannan was asked on his official Instagram account if there was any truth in the rumours suggesting that the Seasiders are in talks to take him on loan, to which the midfielder replied ‘truth’. 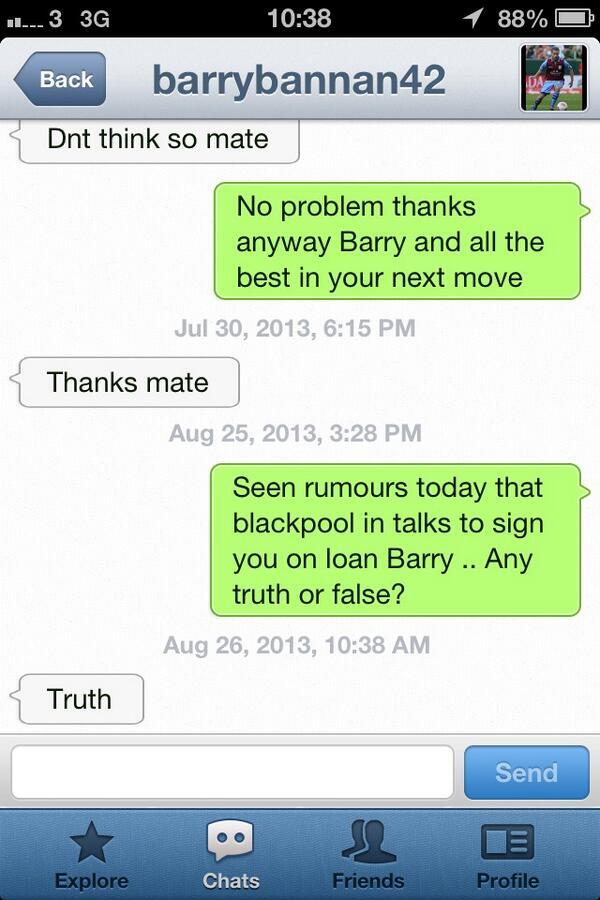 The 23-year-old midfielder has fallen out of favour with Villa boss Paul Lambert and was said to have turned down a permanent deal to Blackburn earlier in the transfer window as he wanted to stay in the Premiership. However, with the clock ticking, Bannan may now be realising that dropping into the Championship wouldn’t be such a bad option.

Bannan, who had a successful loan spell with Blackpool in the 2009-10 season, would join up with Villa team-mate Nathan Delfouneso who is also on loan with Paul Ince’s men.

Blackpool have got off to an unbeaten start, with three wins and one draw in the opening four games of the Championship season, and Bannan could make his debut in this weekend’s fixture against Gianfranco Zola’s Watford side.

There are also some unconfirmed rumours that Celtic too are interested in the midfielder.

ABOUT US
Aston Villa F.C fansite, for the fans, by the fans. We are not connected to Aston Villa in any way. All views are the views of the named blogger. Copyright © 2021 Avillafan
FOLLOW US
Posting....
MORE STORIES
Away Days