With less than a year left on his Aston Villa contract, Conor Hourihane’s days at Bodymoor Heath look numbered. Rumours this weekend have suggested the Republic of Ireland midfielder could be on the move with various clubs interested.

The Irishman joined the club midway through the first season in the Championship. The following season, he was pivotal as the club reached the play-off final, losing to Fulham in the end. At the third attempt, Hourihane’s endeavour paid off as he played the full 90’ in Villa’s victory over Derby County – promoting them back to the big time.

Beginning of the end

In the first season back in the top-flight, Hourihane was used regularly. Making 34 appearances, the former Barnsley captain scored seven and assisted five in the league and cups.

But for his crucial assists in the initial COVID games of 2020, Villa would certainly have been relegated back to the Championship that summer.

Even after having such an impact on Villa’s survival, Hourihane probably knew his time would be limited the following season.

However, he did start the opening two games. After a forgetful opening win against Sheffield United, he notched a goal and assist in the 3-0 Craven Cottage triumph.

In the next five games, Hourihane watched on from the bench. Despite his five-star performance in South-West London, it was difficult to form an argument for Hourihane’s inclusion back to the team after Smith’s men beat the Champions of England 7-2!

It was late November the next time Hourihane saw minutes in a Villa shirt. Introduced for the final 15’ against Brighton, he was unable to rescue the 2-1 defeat to the Seagulls.

Another 2-1 loss passed by the following week, but this time Hourihane played everything but the closing stages. It was this match at the London Stadium that currently remains as Hourihane’s last Villa appearance.

He was still included in the matchday squads until late January, however never made it over the white line again.

Back to the Championship

It was at the end of the winter transfer window that Hourihane departed the club. After Villa allowed him to leave on loan, promotion-chasing Swansea came calling for his services.

In his trio of opening appearances, Hourihane scored three times. A particularly sweet strike of his against Norwich City boosted the Swans into the automatic places. 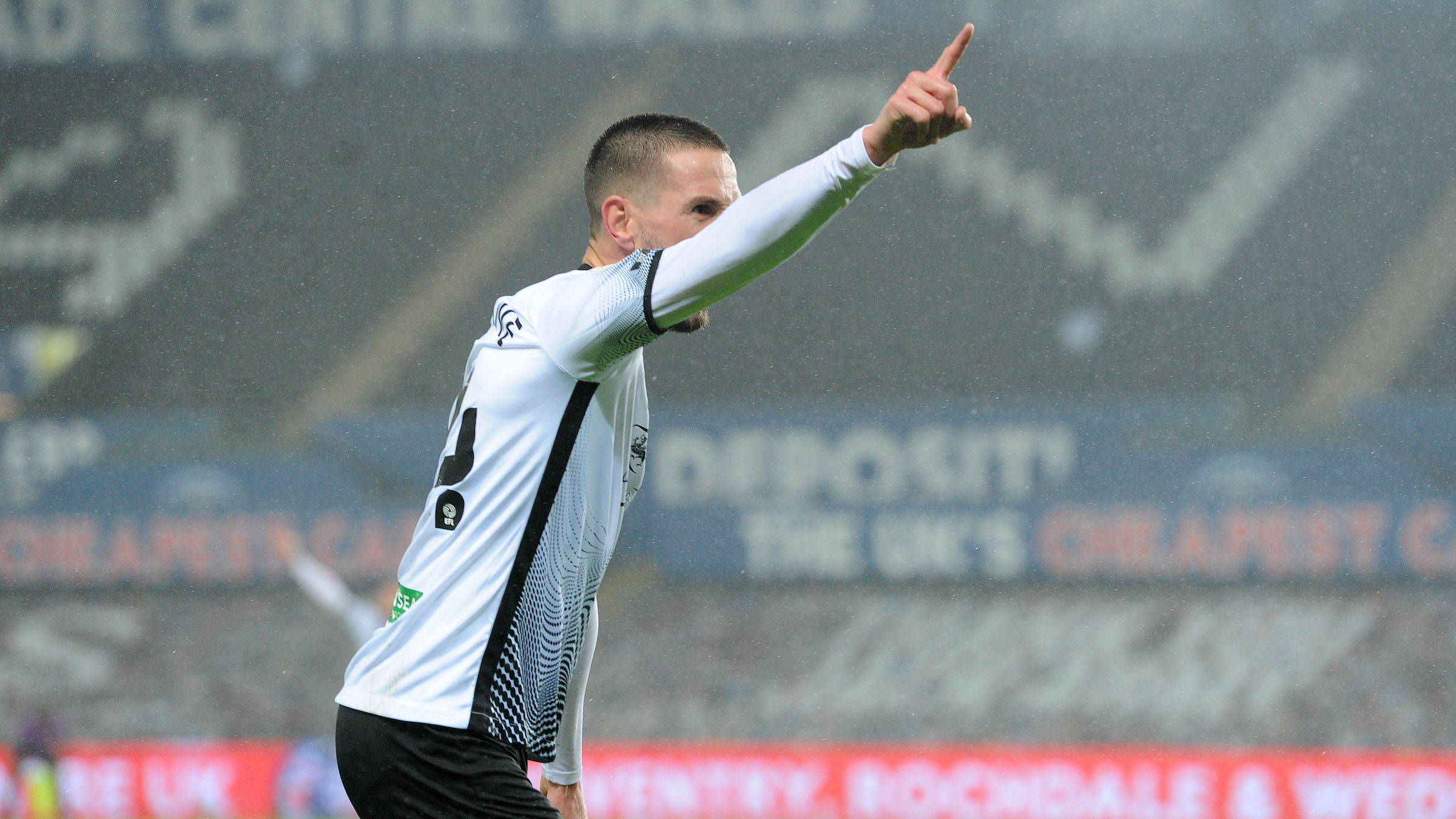 Unfortunately, by the end of the season, Swansea had only secured play-off football. After defeating his old club Barnsley in the semi-finals, Swansea lost to Brentford in the final the following week.

This left Hourihane heading back to Villa, with the chances of returning to South-Wales dashed.

After missing out on the £100+ million for winning the final, Swansea were left far more cash-strapped than anticipated.

The cost incurred by permanently bringing Hourihane to Wales was suddenly too significant, and the club had to cut costs in several departments. For example, talisman Andre Ayew (brother of the once Villa player, Jordan) was released on a free transfer after his wage demands could no longer be met by the club.

This leaves Hourihane in an interesting position. Not only was he failing to lock down a spot in Dean Smith’s XI last season, but since then, the arrivals of Morgan Sanson and Emi Buendia have pushed him further down the pecking order.

This likely leaves Hourihane having no option but to move elsewhere in search of regular football. At 30 years of age, his years in the professional game are dwindling.

Added to this, his contract at Bodymoor Heath continues to ebb away. It’d make sense for Villa as well if they could cash in on their once relied upon midfielder.

There may have been a few rumours surfaced over the weekend but nothing remotely official.

Whatever does (or doesn’t) happen in the coming weeks, Hourihane will leave Aston Villa with everyone’s utmost gratitude. Playing such an important role in sparking life into this great club again, he’ll be remembered for years to come on the terraces of Villa Park.