Full-backs, once the least fashionable role on a football field, had rarely garnered the headlines in seasons past, but in modern-day football, they’ve become a vital component in various playing-formations.

José Mourinho – one of the game’s great minds – has worked with some world-class full-backs including Javier Zanetti, Marcelo and Ashley Cole during a managerial career in which he’s seen the evolution of inverted wingers, pragmatic systems and false nines. After sitting out of the Premier League for little over a year, he returned with Tottenham Hotspur to the latest tactical trend.

Despite his slightly more conservative use of full-backs during his hugely successful time with Chelsea, in the current climate, full-backs are required to play a pivotal role at both ends of the pitch. Many football clubs have since invested serious amounts of money in strengthening this position in recent transfer windows, leading to some interesting full-back pairings being assembled.

Aston Villa, having spent over £200 million on transfers since achieving promotion back to the Premier League in 2019, have apportioned in excess of £30 million on full-backs during that time. Mourinho recently confessed that Villa were his ‘favourite team in the Premier League at the moment’, one that is ‘very well-coached.’

The role of the full-back is so complex and developed in the current climate, but what can’t be doubted is the influence of both Matt Targett and Matty Cash during Villa’s promising start to the Premier League season. 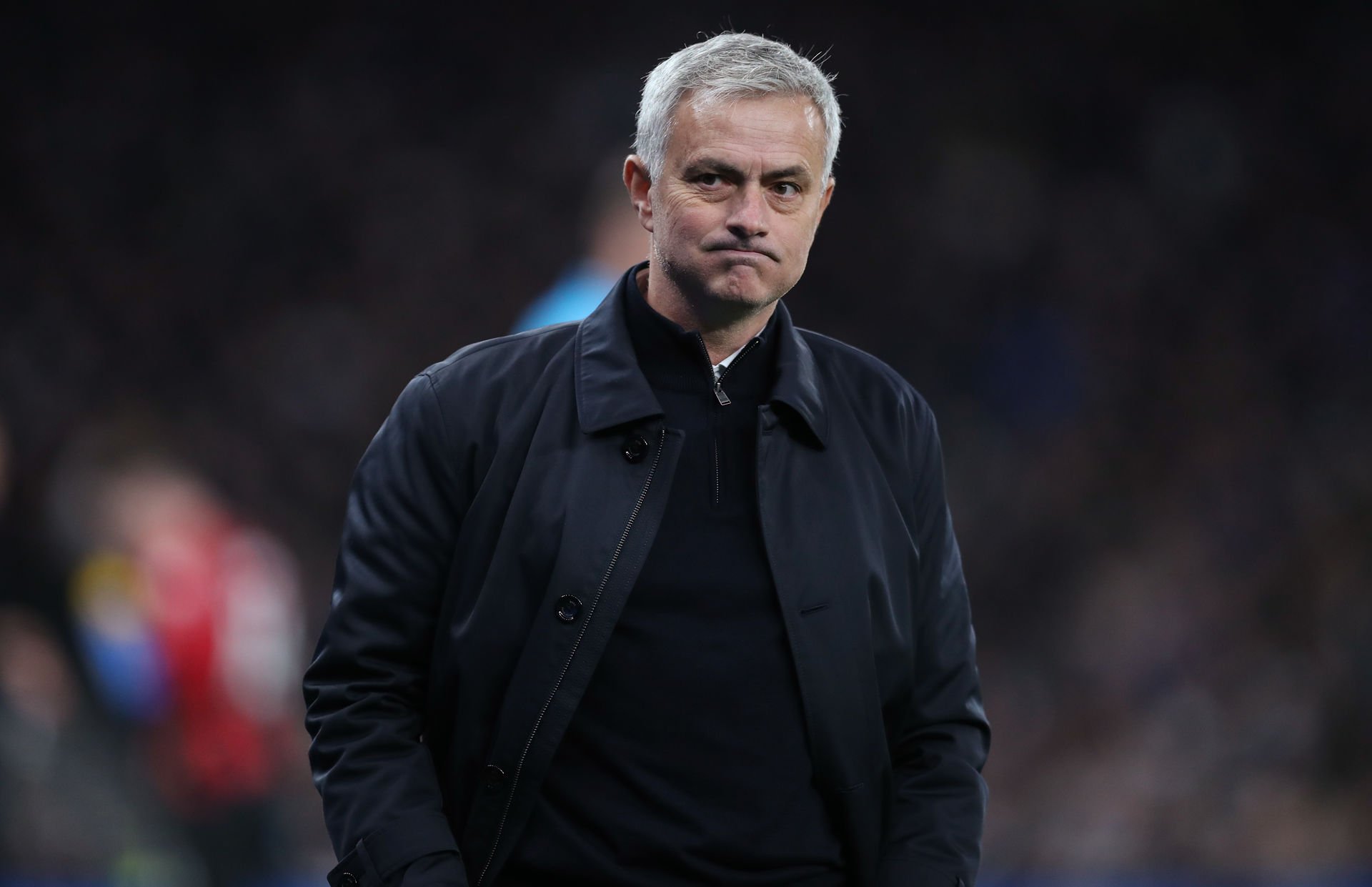 Targett and Cash are required to play a crucial role in both defensive and attacking capacities – almost like a traditional box-to-box midfielder would when in and out of possession from a wider starting birth.

While Villa were toiling in the Championship, managerial appointments in the Premier League would soon impact the English game, as is so often the case. Following the worst Premier League campaign for almost a generation, one shining light in that season was the emergence of Jordan Amavi. His quality from a full-back role was indicative of the modern times, an upgrade perhaps on Antonio Luna, but his physical and technical proficiencies were evident.

Over the years the role of the full-back has evolved and much of the progression from a reserved defender to an all-action, attack-minded, dynamic wide player. Once close allies, now Mourinho’s best of enemies, Pep Guardiola has played a key role in revolutionising the full-back role as fashionable.

With a decreased number of traditional number tens, as instanced by Aston Villa’s own unique talent in Jack Grealish, and an influx of inverted attackers, full-backs are now tasked with providing creativity from wide areas while remaining defensively sound going the other way.

Jurgen Klopp’s world champions and Premier League winners, Liverpool arguably boast the best full-back pairing in Europe. Andy Robertson and Trent Alexander-Arnold highlight the emergence of full-backs as the new creators, but in team’s with less possession with the ball, like Dean Smith’s Villa, full-backs must be able to anticipate more defensive in-game scenarios.

‘I love challenges’ – Matt Targett coming on leaps and bounds

For much of his career, Targett was playing second fiddle to former Villa loanee Ryan Bertrand. Though having learnt off one the league’s more underrated defenders – who played his part in Chelsea Champions League win in 2012 – Targett took his development to Fulham to play a style of football many neutrals were drooling over.

While Villa fell short to Slaviša Jokanović’s side in the 2018 Championship play-off final, Targett was a key member of a team that boasted emerging talent Ryan Sessegnon, lethal Championship forward Aleksandar Mitrović and EFL Player of the Year, Tom Cairney.

Targett was well versed in the tactical requirements of a modern full-back, as Jokanovic employed an expansive system built on the attacking intent of Targett and Ryan Fredericks supporting Sessegnon and Aboubakar Kamara in the attacking third.

After staying put at Southampton while Fulham made a fist of survival following promotion in 2018, Targett joined Villa the following year as his new club swapped places with the Hammersmith Club. For a fee of £14 million, Targett made 32 appearances in league and cup for Villa last season.

The ever-improving left-back admits he didn’t hit the heights he wanted to at Villa last season – but this time around he’s ‘grown in each game’.

“But this season I think I’ve grown in each game. And when you come up against the likes of Adama Traore and different wingers like that, I love those challenges.

“I just want to prove to everyone that I can handle players like that and put on a good performance.”

Targett is now part of a defence that’s kept a Premier League-high number of clean sheets this season with Villa registering successive clean sheets in games against Wolves, Burnley, West Brom and Crystal Palace before 2020 drew to an end.

Targett said of Villa’s vast improvement: “I just think the whole team is much better set up. We know defensively, as a unit, it starts from Ollie upfront. He’s been fantastic since he joined, he works so hard.

“And then the midfield from behind, we’re not giving teams much space to play. I think that makes such a big difference.”

The 25-year-old has tackled nine players dribbling in the attacking third this season, the most of any other full-back in the division and three more than the second-most for a left-back, being Luke Shaw of Manchester United. Targett’s ability to win the ball back high up the pitch is a major plus for Smith’s side who had fielded the youngest average eleven in a Premier League match this season – Villa are a more energetic, youthful and athletic side this term.

In Villa’s 1-0 win over Wolves, Adama Traore struggled to get the better of Targett throughout, not allowing space, nor a yard of room for the former Villa man to manoeuvre the ball with athleticism that many full-backs cannot match.

Though Targett arguably played his best 90 minutes in a Villa shirt so far in a 3-0 away win at The Emirates, offering support to Jack Grealish who was a constant tormentor for Hector Bellerin – Targett’s game is all the better for a recognised defence alongside him too.

Only Shaw and Bertrand of all Premier League left-backs have recorded a better successful pressure percentage this season. Targett’s 38.2% success rate of regaining possession within five seconds of applying pressure is the 11th best in the league. As Smith has elected not to heavily rotate his team this season, Targett can initiate a high press knowing there will be cover behind him, by virtue that Villa’s starting squad are building healthy relationships on the pitch.

Targett’s attacking game has also dramatically improved since last season. Only Leeds United’s Ezgjan Alioski has recorded better successful dribbles completed percentage of all Premier League left-backs this season. Targett has completed 80% of his attempted dribbles to apply another attacking force down Villa’s left flank alongside Grealish and recently Anwar El Ghazi too. Targett has also won more aerial duels than any other left-back in the league, having won 40 headers since the start of September.

Opposite to Targett, you’ll find a right-back who epitomises the guts and desire that Villa have played with this season in order to make a record-breaking start to the league campaign, beat the reigning champions 7-2 and boast an away record envied by most in the Premier League.

Cash has not only been a mainstay in Dean Smith’s side but also a stand out performer from his seemingly reserved full-back role. The 23-year-old has made more interceptions than any other defender in the Premier League so far this season.

The full-back left Nottingham Forest with all the well-wishes of a player that’s stolen the hearts of a fanbase all too familiar with some of England’s finest players down the years. Cash left the City Ground with no shortage of offers from around the Premier League, but there was only one particular destination of interest.

Villa were determined to land the services of Cash, who has already added versatility, plenty of quality and more importantly a desire to improve and learn under head-coach Smith.

The Nigel Doughty Academy product left the City Ground in a deal worth up to £16 million off the back of a fine season which saw him crowned the club’s player of the year – joining the illustrious company of former winners, Stuart Pearce, Kenny Burns, and Peter Shilton.

Under Sabri Lamouchi last season, Forest came within touching distance of the play-offs – that however, a disappointing ending to a season that had promised so much for a club who had been in League One more recently than the Premier League.

Despite their late-season capitulation, Cash played a crucial role in Lamouchi’s side last term as interest swiftly came from Sheffield United, West Ham United and even AC Milan towards the back end of last season.

Forest fans, as well as general on-lookers, viewed Cash as one of the most promising youngsters in the Championship for a few years. His high-energy performances throughout his four years stay at the City Ground makes him a very useful asset across several positions.

And after becoming Villa’s first signing of the summer, Cash couldn’t hold back his delight when he penned a long-term deal at Villa Park.

“My agent rang me and said that Villa were interested, and immediately it was the place I wanted to come to,” Cash revealed to VillaTV.

“I said, ‘don’t even worry about anywhere else, I want to come here and play’.

“It’s such a big football club, from the fanbase to the stadium. Every time I played at Villa Park before it just sold itself to me.”

His enthusiasm, determination and versatility brands him the correct profile of a player to succeed in the top flight which seems even more likely given his ‘every manager’s dream’ tag.

Having been released by Wycombe as a youngster, Cash emerged from the FAB football academy in Bisham before signing a three-year deal at Nottingham Forest.

John Terry has been working closely with Cash to sharpen his defensive game while adapting to the pace and intensity for the Premier League will come with more game-time under his belt.

An enthusiastic individual on the training pitch, Cash could’ve kicked up a fuss when former coach, Sabri Lamouchi – new to the Championship managing game – ordered him to step into the full-back role, away from his preferred role, one he’d been developing in for numerous years. Though his response was a breath of fresh air.

Taking on the responsibility for the team, flourishing in a position where he can still break the lines, attack and defend with versatility – eye-catching performances last season weren’t few and far between, in fact, quite the opposite.

His work-rate has rarely been beaten throughout 90 minutes during his Premier League showings this term. He epitomises the modern full-back role with an appetite to influence the game from his deeper-lying position.

Rarely will you hear a bad word said about Cash, his temperament, attitude and focus is testament to his character, and his overall game is all the better for it. His athletic efficiencies are also evidently helping out Villa this season and certainly, they’ve helped him personally adapt to the top flight.

Between Targett and Cash, Dean Smith has a quality full-back pairing capable of encouraging a dynamic brand of football, made all the more effective with their insatiable appetites to improve at Aston Villa.

England must embrace Jack Grealish’s talent, not ignore it

What might have been for Ross Barkley at Aston Villa