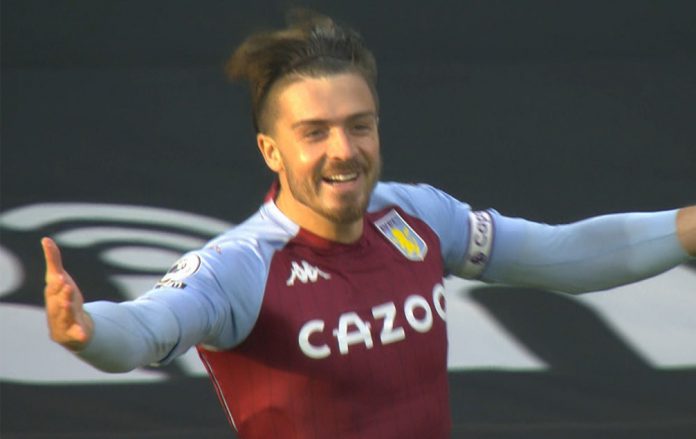 Aston Villa made it two back-to-back Premier League victories for the first time since 1999 to give them maximum points from their opening games of the season. Smith’s men left Craven Cottage with a clean sheet and all three points after a comfortable 0-3 win over Fulham this evening.

Yet, another impressive performance from Villa. Stoke are next up for Smith’s men in the Carabao Cup.

Below are my player ratings from tonights win. Vote for your Man of the Match here.

It is so nice to see a goalkeeper who is so confident with the ball at his feet. Even when under pressure, it doesn’t appear to faze him in the slightest. The former Arsenal keeper had very little to do tonight but when he was called upon, he did spill the ball in which Fulham scored. Luckily VAR came to his rescue.

Matt Targett struggled against Sheffield United and started tonight as the weakness in Villa’s back four. Once Fulham changed their formation and got rid of the wing-backs he did appear to be more comfortable. It is a concern that both teams we have played so far this season have pinpointed him though.

Ezri Konsa goes from strength to strength and tonight was no different. Fulham striker Aleksander Mitrovic was always going to try and pull onto Konsa but he handled a very difficult opponent very clearly and should be proud of the work he did tonight.

The England International is forming quite the partnership with Konsa and they both look comfortable alongside each other. Mings seems to have cut out the silly mistakes we saw last season when holding onto the ball or becoming overconfident out and looks much better for it. Also managed to get on the score sheet.

I am becoming very fond of the former Nottingham Forest full-back. His word rate and defensive work are incredible. He worked very well tonight with Trezeguet down the right preventing Joe Bryan and Ivan Cavaleiro from causing many problems.

I have said time and time again that Douglas Luiz has been my best player post-lock down and has gone from strength to strength. However, I felt that the game passed him by tonight. On a few occasions, he had to collect the ball from the defence and move it forward he did it well.

Frustrated again to be substituted and I can’t help but think the midfielder Dean Smith has stated he would like to bring in before the deadline is to replace Conor Hourihane in the Villa midfield. Once again he caused problems from set-pieces, creating Ming’s goal and was also able to get on the scoresheet himself.

My man of the match. John McGinn looked back to his best tonight and contributed with two assists. The Scot was a constant problem for Fulham all night and no doubt you would have seen his skill mid-way through the game which will be all over social media as a gif. Long may performances like this continue.

I pinpointed Trezeguet out during the Sheffield United win as an all or nothing player. Tonight proved my point. Although he may not have been involved in the goals, he was a threat and worked well with Cash defensively. Smith made the right decision to let him keep his spot and leave Bertrand Traore on the bench.

No real surprise with Jack anymore. He was a constant thorn in the Fulham defence all night. I wouldn’t be surprised if Denis Odoi had nightmares about Grealish tonight. The Fulham defender was lucky to see the game out. Jack opened the scoring tonight to get Villa on their way.

All that was missing tonight for the former Brentford striker was a goal. Once again, the work rate was there and he was making all the right runs. His hold up play is so impressive and something other strikers at the club could learn from. He looks desperate to score his first Premier League goal and I am confident that it will come sooner rather than later.