Last week’s battling draw against Derby County demonstrated to the Villa faithful that this team is showing signs of strength and character. Although the Villans had the better chances and dominated the first half, it was unfortunate that Roberto Di Matteo’s men couldn’t find the breakthrough, despite having numerous attempts on goal. A mixture of good saves, hitting the woodwork and a goal-line clearance were enough to ensure that the teams went away with a point each.

Di Matteo’s Villains have started the season in indifferent form, managing just the one win from their first four matches, coupled with an embarrassing defeat to League Two Luton in the first round of the EFL Cup. Predicting Villa’s form this season has been like choosing the best bookmaker for yourself – the odds of a happy outcome are limited but the rewards make it worth the effort. With the club expected to make an immediate return to the Premier League after relegation last season, the pressure is already starting to mount on the former Chelsea and West Brom manager to deliver the goods in what is Aston Villa’s first season out of the top flight since 1988.

Today, the Villans will be looking to pick up three points on the road as they travel to Ashton Gate to face Bristol City. 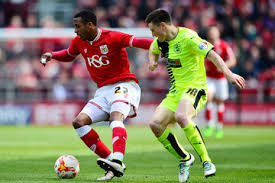 Bristol City currently sits eleventh in the Championship table, a point ahead of Aston Villa. A good win against Wigan Athletic at home on the opening day of the league was followed by an away win against Burton Albion. The Robins then faced tougher fixtures and they lost to Newcastle United and Norwich City, both among this season’s promotion favourites.

Bristol City manager Lee Johnson told the press that he expected Joe Bryan to be fit after missing a few games due to groin and hip injuries.

Midfielder Korey Smith will also look to make his return and play for the first time this season as he has recovered from an ankle injury which has kept him out for a few months.

Influential strikers Lee Tomlin and Tammy Abraham will be hoping to get back into the starting XI after being rested for the mid-week EFL Cup win against Scunthorpe United.

For the visitors, Roberto Di Matteo explained that Jores Okore has returned to full training suffering a minor injury a few weeks ago. However, reports last night suggested that Okore has gone to Denamrk to agree terms with FC Copenhagen.

New signings Mile Jedinak and Ritchie De Laet could be given their débuts as the Villans try to continue their current three game unbeaten run in the league.

Midfielder Aaron Tshibola has, unfortunately, been ruled out with a groin strain.

Rudy Gestede, who has enjoyed good spells this season so far, has also been ruled out due to thigh strain suffered in last week’s game against Derby County.

Di Matteo explained that the injuries sustained by Tshibola and Gestede are not thought to be very serious and that they should be back in action after the international break.

Jonathan Kodjia, who should perhaps have been wearing the colours of Aston Villa by now if media speculation were to be believed, will be a player to watch out for. The French hit-man bagged nineteen goals last season in all competitions for the Robins and will look to get in behind the Villa defence at every opportunity.

Kodjia is a very confident finisher. Last season, his goals varied from close range chips to shooting from anywhere inside the box. He has shown that he will pounce on any mistakes made by the Villa back line. The former Angers player hasn’t scored yet this season so he will be eager to open his account this weekend against a club who showed interest in signing him.

Another player to watch out for will be Tammy Abraham. The loanee from Chelsea has already scored two goals in four appearances for Bristol City and, although he is still relatively young at eighteen years of age, he has shown that he could be a major asset for the Robins this season. Having also played for England at Under 18 and Under 19 level, he has the potential to be a very good striker. Quick and decent on the ball, Abraham could create a dynamic partnership with Jonathan Kodjia this season to push Bristol City up the league.

The Villans will be going to Ashton Gate with their eyes fixed on all three points. I’m expecting Roberto Di Matteo to tell his men to play on the offensive and score an early goal to put pressure on Bristol City. The home side isn’t goal shy but the Robins’ defence isn’t the best so it will be a test for the defenders to keep Villa’s expensive front line quiet all game.

Emery continues to learn about his squad in Wolves draw

Unai Emery would have learnt more about his squad of players in... 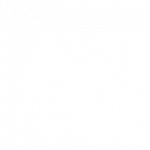