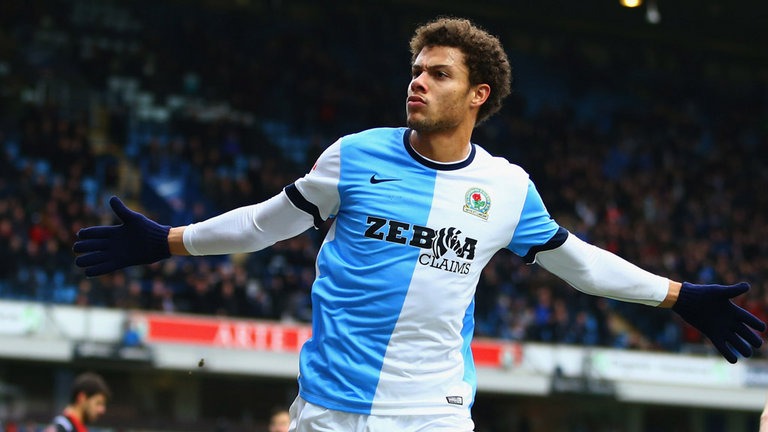 Rudy Gestede looks bound for a move to Aston Villa after impressing in the Championship for Blackburn last season. The twenty-six-year-old netted twenty times, proving to be a continuing presence alongside strike partner Jordan Rhodes. With his size and ability to latch on to crosses, the ‘Benin Benteke’ could prove to be a good option this season as a promising back up to Emmanuel Adebayor, although he is yet to prove himself at the top level.

Despite struggling in the past, Gestede seems to have found his feet in English football. He played three seasons for Cardiff after being signed from Metz in 2011 but managed only nine goals in sixty-three appearances for the Welsh side, making only three Premier League appearances.

After a short loan spell for Blackburn during the 2013-2014 season, Rovers signed the gangling forward on a permanent basis in January 2014 and he’s continued to terrorise Championship defences ever since, scoring a much more impressive thirty-two goals in sixty league games.

What first perplexed me about the Gestede link more than anything was that we seem to have a striker cast in a similar mould in Libor Kozák as well as Villa bound Emmanuel Adebayor. Rudy Gestede will not bring pace to Villa but instead signing him would be a big clue as to how Sherwood aims to get the side playing this season. It was no secret that at Tottenham he enjoyed putting a big target-man up front (Adebayor) and Rudy Gestede would certainly be given that role at Villa. He would likely be an option next to Jordan Ayew in a 4-4-2.

One thing that’s interesting about Gestede as a big striker is that he has had a lot of praise for key passes and flick ons according to WhoScored.com, where the team gave him an average eight rating when he has operated as an attacking midfielder. Whilst his passing percentage is rather low at 60.7%, that will improve at Villa where there will be a better quality of players reading his short passes and creative flicks.

Unsurprisingly, being six foot four inches, he demonstrated a strong aerial presence for Blackburn, winning almost two thirds of his duels in the league. The Villans haven’t had that same presence since John Carew, which excites me about Gestede, especially considering the type of football Sherwood is set to employ this season. Looking at the attacking full backs we have in Jordan Amavi and Leandro Bacuna, we’re likely to get a lot of crosses into the box this season. Add to that the reintroduction of Carles Gil and there’ll be plenty of chances created by the Villa team this season for Rudy Gestede to finish.

What does worry me is his lack of experience at the top level. I question whether his finishing ability is as strong as his record suggests, as he’ll have had a much easier time getting into positions and defying defenders in the Championship. Whilst the presence of our potential new target-men will make us a strong proposition in the air, I also wonder whether there’ll be enough movement up top.

Rudy Gestede is a good risk to take, as he may serve Aston Villa very well if he works hard. As long as he can continue to bully defenders at the highest level and link up with his new team-mates like he showed he could do last season, he’ll have found a good home at Tim Sherwood’s reinvigorated Aston Villa. There is no reason why he can’t be successful in our current system.