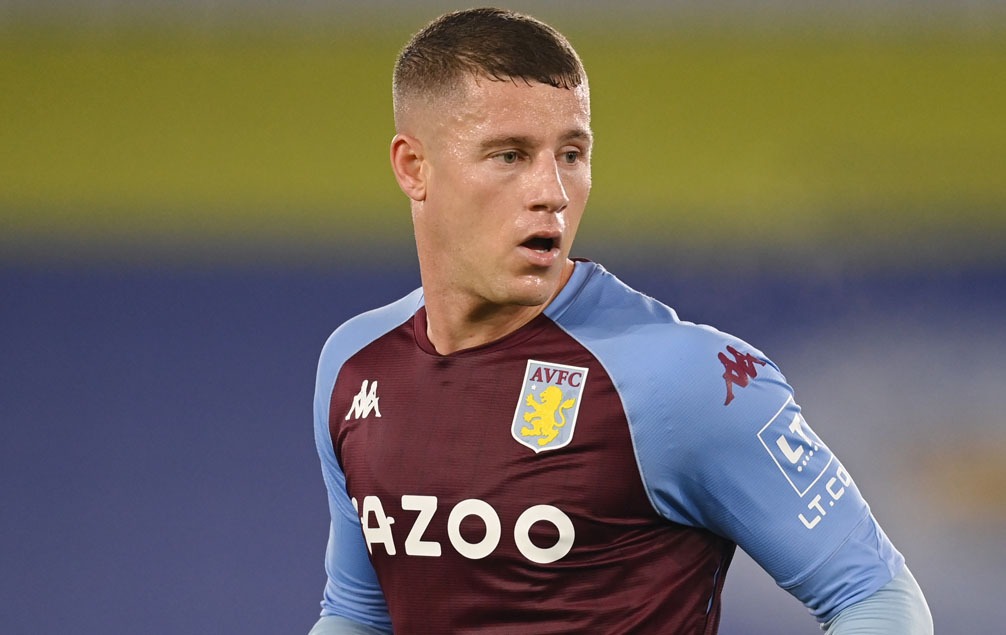 Ross Barkley’s brilliant start to life at Villa Park had Aston Villa fans daring to believe that this season could reach unexpected heights – all before a pesky injury to the on-loan Chelsea man disrupted an encouraging flow.

A hamstring injury ruled Barkley out for up to a month of action and Villa have encountered some mixed form since.

It’s been so often the case that club skipper and talisman Jack Grealish would turn the match-winner or saviour for a Villa side in desperate need of additional quality last season, but the club were proactive in nursing attacking flaws in the summer transfer market.

The signing of Barkley helped Villa win five or their first seven games, including wins over Leicester, Arsenal and indeed a historic 7-2 win over Premier League Champions Liverpool on his debut.

After walking down the Villa Park tunnel holding his hamstring only several minutes into Brighton’s visit to B6, Barkley’s instrumental creative presence has been a key loss in Dean Smith’s bid to revive Villa’s early season form.

Losses to Brighton and West Ham followed Barkley’s last start at The Emirates, and barring a suspended Newcastle tie, Barkley would have missed four Premier League games including a 0-0 draw last time out against Burnley.

Relieving the dependence on Grealish isn’t something that Villa’s No.10 has necessarily minded, neither the responsibility to carry his club through games, but having have made their best start to a Premier League campaign, Barkley proved instrumental to Grealish’s overall performances as well.

While Grealish has still attracted several markers, and the customary five to ten fouls during 90 minutes of football, Barkley was another big problem for opposition players that are usually only tasked with mitigating Grealish’s influence.

This season, only Salah has made more touches in the opposition’s box than Grealish. 75 touches in the box for Villa’s creative man might not come as a surprise with the amount of progressive running he gets through with the ball, but given Villa’s pragmatic low block on the road, there’s evidence that Villa are efficient through defensive and attacking transitions. 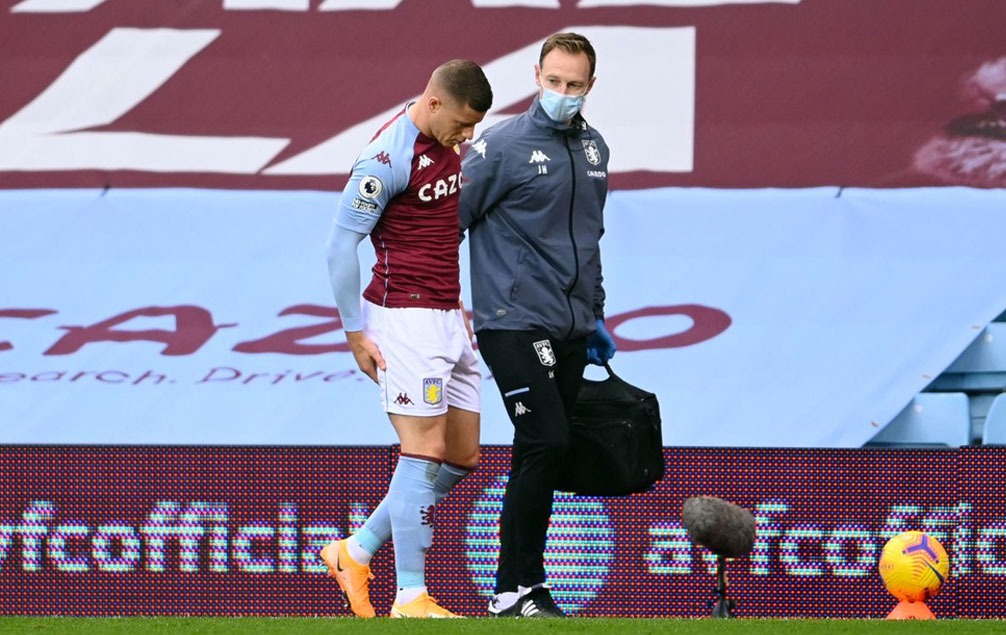 Barkley, Ollie Watkins and Trezeguet also feature in the league’s top 25 players to have made the most touches in the box.

Away from goal, Barkley’s partner in crime, Grealish has carried the ball over 2,899 yards – surprisingly the second most in the Premier League this term. This will no doubt change as the year season develops considering his total progressive distance of 1,968 yards – by a long way the furthest distance in the top-flight.

Barkley made his way to Villa Park in September having fallen down the pecking order at Chelsea, following a huge summer of spending in West London. Particularly, Chelsea’s capture of Kai Havertz seems to have all but ended Barkley’s two and a half year stay at Stamford Bridge – now he’s beginning to catch the eye of the country once again at Villa.

Barkley was instrumental on his debut against Liverpool in what will become a Premier League classic, contributing with a goal while making 26 accurate passes as Villa swept away the reigning champions. Followed by a quality match-winning goal at the King Power Stadium, Smith has added proven quality to a team that had included little in the way of top-flight experience except for Grealish in attacking departments.

Villa’s two creative forces were constantly texting back and forth as Villa’s skipper turned agent in order to persuade the former Everton man that he could rediscover the form he showed from an early age on Merseyside at Villa. The two are now renewing acquaintances on the pitch.

“We’re mates off the field and we know each other well,” Barkley said as he penned a loan move to Villa Park.

Although Grealish would argue he can play his best football in the role Barkley had occupied before sustaining a muscular injury last month, Villa’s captain has once again started the new campaign in exceptional form. Six goal contributions in Villa’s opening four games was an early return that backs up Smith’s decision to use both Grealish and Barkley in tandem.

Grealish has however missed the supply of Barkley. Against Burnley, while Villa managed 27 shots at goal, the quality of finishing and clinical touch to turn one point into three was missing with the absence of Barkley.

Villa fans were salivating at the prospect of watching the two combine as Smith’s Villa started life in their second Premier League season with solid wins over Sheffield United and Fulham. 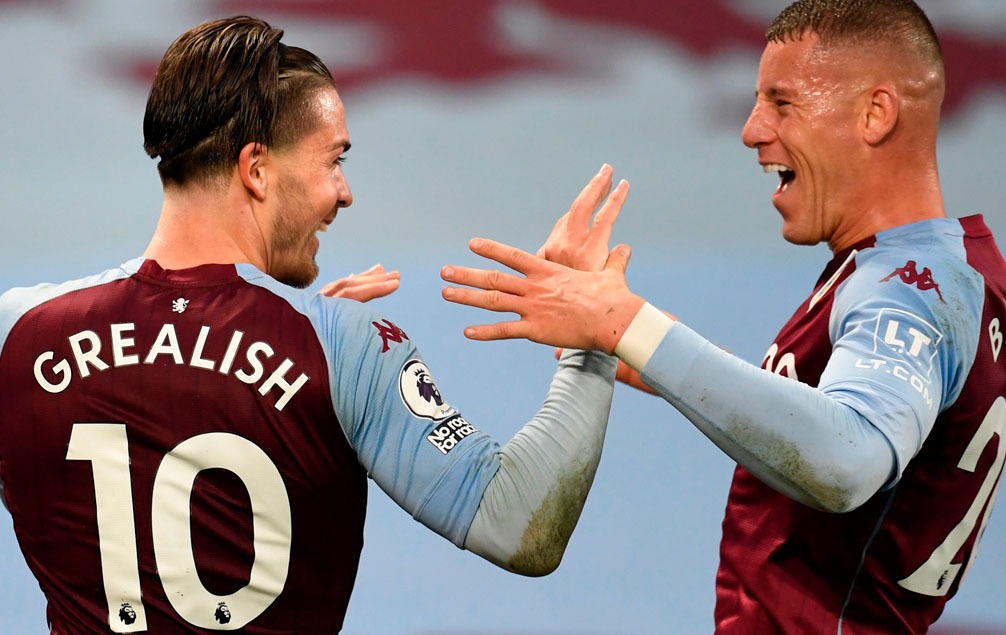 Then retaining a perfect start in the league with games against Liverpool and Leicester also down – Villa’s attacking duo were a major part of Villa’s early-season success, but it’s no surprise that a single win over Wolves was as good as it has got for Smith’s side since Barkley’s injury.

Chelsea manager Lampard has previously lauded Barkley’s thirst to improve as a player by publicly praising the player’s “desire to learn.” Villa’s midfielder even hired a personal chef to improve his diet – it’s the small margins that speak volumes of Barkley’s character and willing appetite to develop and continue to make his mark at Villa Park.

Smith has been relishing the opportunity to find the player coveted by some of Europe’s top clubs after he made 55 goal contributions for the Toffees in 179 appearances. Former Everton captain, Tim Cahill heralded Barkley as the most talented footballer he had worked with after the midfielder made his debut and won man of the match in Everton’s first home game of the 2011-12 season.

His early performances were highly praised by many pundits, including Martin Keown who predicted Barkley will “be one of the best players we’ll ever see in this country.”

Barkley was reviling in the limelight from an early age and so it was only natural comparisons were drawn to a young Wayne Rooney, who needs no introduction to the level of performance he was capable of as a youngster in blue.

Now finding his feet again in the Premier League with Villa, the 26-year-old is approaching his prime midfield years with a point to prove, and a place in England’s EURO 2020 squad is the carrot at the end of the season – Villa will be the beneficiaries for Barkley’s focus this term.