You’ve heard the tale about how the zebra got its stripes in Turin when Juventus asked for a set of clean black and white shirts from the oldest professional football club. Those Notts County stripes became iconic.

But who were the first in claret and blue? Aston Villa, that’s who.

The famous strip originated in 1887 after Villa adapted their garish chocolate and sky-blue pallet from the year before.

And since then, manufacturers and sponsorship deals have changed, but the illustrious claret and blue will always remain.

Now 5% of the Football League wear the obscure colour combination that Tony Matthews argues was due to a Scottish influence, that of Hearts and Rangers, with the Scottish lion rampant on the club crest to boot.

Often referred to as the ‘Villa style’, it is also claimed that Ollie Whateley was the visionary behind the distinct contrasting body and sleeves on your traditional Villa shirt.

Villa’s colours have not only been exported around the United Kingdom but across the globe too – here’s a closer look to why they resonate across the footballing world.

A bet with the Thames Ironworks

West Ham – then the Thames Ironworks – wear their cut of claret and blue due to both fascinating and ridiculous circumstances, in the form of a 120-year-old wager that decided a football clubs’ permanent colours.

At a fair close to Villa Park in the summer of 1899, William Dove – a sprinter of national repute – was challenged to beat four Villa players in a race. Inevitably, the Villa men had to pay their debts but didn’t have enough money. To compensate for their broken terms, one player who was responsible for washing the kit handed Dove an Aston Villa shirt.

Here’s where things get interesting. William’s son, Charlie Dove played as a full-back for the Ironworks, and he received that very strip from his father. It was then formally adopted by the Thames Ironworks football team.

The Thames Ironworks were disbanded in June 1900 and soon re-launched as West Ham United. The club’s crest still carries a reference to the Ironworks to this day and retained the colours that were passed down to them by Villa over a century ago.

Burnley’s reason to flex claret and blue is far more straightforward – while Villa’s influence was much purer than a lousy bet. 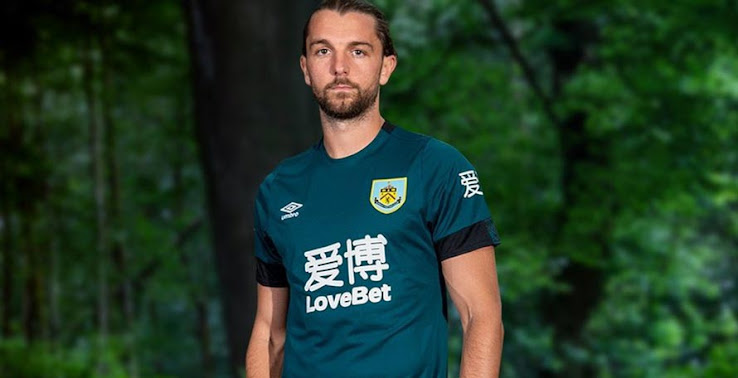 The Lancashire club trialled blue, yellow, green and even pink before settling on claret in the year Villa claimed their sixth Division One title back in 1910.

Fellow Football League founding member Burnley spent a decade in green, and whilst that was deemed an unlucky strip after suffering relegation to Division Two, the Turf Moor club thought they’d emulate the then English champions Aston Villa.

Burnley have since adopted the nickname ‘Clarets’ to complete their brand overhaul from some 109 years ago.

Crystal Palace also saw a chance to alter their fortunes through a change in strip colours, but eventually found their own distinct pallet.

From the club’s creation, Palace donned claret and blue after Villa generously donated a replica kit in the early days of their existence, at the turn of the 19th century.

It was also claimed that Crystal Palace’s first secretary joined from Villa, and so it seems they took the shirt with them. Initially wearing identical kits as Villa, the Eagles took until 1908 to start tweaking their own strip.

Palace have explored all four divisions of English Football and even hosted Real Madrid at Selhurst Park in 1964. It was that year when the Croydon club paid tribute to the Galacticos white strip and successful heritage, by wearing an all lily-white kit of their own. Palace themselves were promoted to Division Two for the first time in their history, after unsuccessful seasons in claret.

With the claret body discarded, they are now recognised in ‘cardinal red and blue’ which was introduced to separate their identity from Villa’s.

The story of Scunthorpe United’s creation is confusing, unlike that of their club colours. A combination of North Lindsey United and Scunthorpe formed in 1910, the same year Villa reigned across England as Division One champions.

That very year, Scunthorpe & Lindsay United identified themselves in a claret and blue shirt like Villa, with the two separated in all but kit colours. It’s an unlikely coincidence that the two so happened to match.

Scunthorpe & Lindsay wore a classic claret body with sky blue sleeves, white shorts and claret socks with blue trim – to mimic Villa that year. After swapping between white and red shirts for the next two decades, they reverted back to the colours they chose to emulate in the early aughts.

Since 1958, The Iron have been more recognisably known as Scunthorpe United.

Exporting claret and blue across the continent

The city of Trabzon in Turkey homes Trabzonspor would you believe, one of the most successful clubs outside of the three big İstanbul sides – Galatasaray, Fenerbahce and Besiktas.

After officially forming in 1967 the club adopted the claret and blue in honour of Aston Villa’s heritage. This gospel belief emerged after four Trabzon based clubs formed an alliance and made an agreement to choose opposing colours to their local rivals İdmanocağı.

After several years in the second division, the club achieved promotion to the top flight and in 1976 became the first club outside Istanbul to win the league title in what has become a world-famous colour pallet.

In many ways, Aston Villa Villa were football’s Victorian pioneers, their colours revered across the land and continent from Lancashire to İstanbul – Villa are a true cornerstone of football heritage.

Leave a Reply to Escapades on the continent – Villa in Europe: Oh, it must be! And it is! - Final 1982 - AVFC - Avillafan.com - Aston Villa Fansite, Blog, & Forum.. Cancel reply