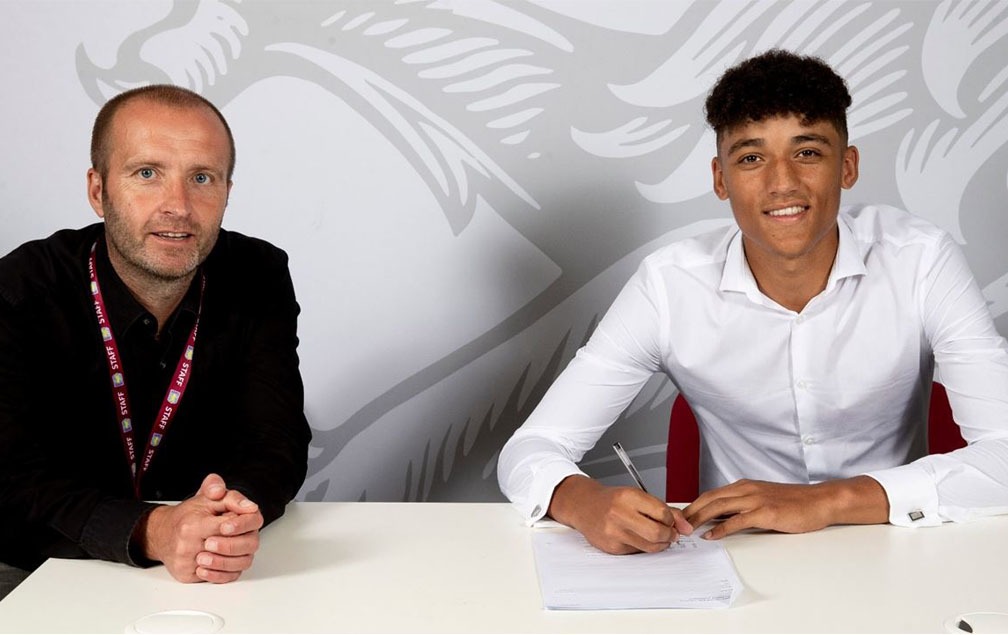 Sean Verity’s Aston Villa Under-18’s have made an impressive start to the U18 Premier League season after winning five in a row at the start of the campaign.

Key performances from new additions Lamare Bogarde and Sin Swinkels have helped the youngsters cause so far this term, but in particular, new arrival and ever-present this season Ben Chrisene has set the tone for a promising campaign ahead.

Signed from Exeter City in the summer, Chrisene was one of seven teenagers Villa signed to begin a new academy overhaul, with player identification and recruitment the main focus.

Behind the scenes, Villa are quickly becoming one of the more forward-thinking Premier League clubs with a long-term, thorough blueprint in place to create a sustainable pathway for many academy hopefuls at Bodymoor Heath.

After investing up to £200 million in transfer dealings since taking over at the club, Nassef Sawiris and Wes Edens are equally invested in improving an academy that has for several years fallen victim to other priorities at Villa Park in previous years.

While five youngsters were drafted in from Europe in the summer, it was the Exeter born Chrisene that might be the pick of an exciting bunch of promising youngsters.

The South Coast club who have developed Villa’s record-breaking signing Ollie Watkins and Chelsea’s Ethan Ampadu, have a conveyor belt of talent that is showing no signs of letting up.

Chrisene, the youngest player to have made a senior appearance for Exeter, joined Villa’s academy after signing for an undisclosed fee in August.

The 16-year-old midfielder has been a shining light in Villa’s U18s after Verity’s side made a positive start to the 2020-21 Premier League campaign – winning the first five fixtures.

Villa’s intention is to populate their academy sides with some of the best youngsters from across England, and the capture of U15 England international, Chrisene is a statement of intent.

After chasing Chrisene for some time, Harrison said: “We are delighted to have secured Ben’s signature. He’s a very talented youngster who we are very pleased to have at the club.

“I would like to thank the owners, the Board and the CEO for their support in bringing talent like Ben’s to Aston Villa and for their ongoing backing in helping us to work towards our shared vision of a thriving and successful academy.”

Exeter’s president and director of football and external affairs, Julian Tagg also praised Villa for their professional approach and fairness during the transfer dealing, which saw the Grecians receiving a compensation package.

“Whilst the fee is undisclosed when a possible arbitration fee is considered we are pleased with the valuation,” he said.

“Aston Villa have been very professional and fair in their dealings with Exeter City and we as a club would like to acknowledge that. 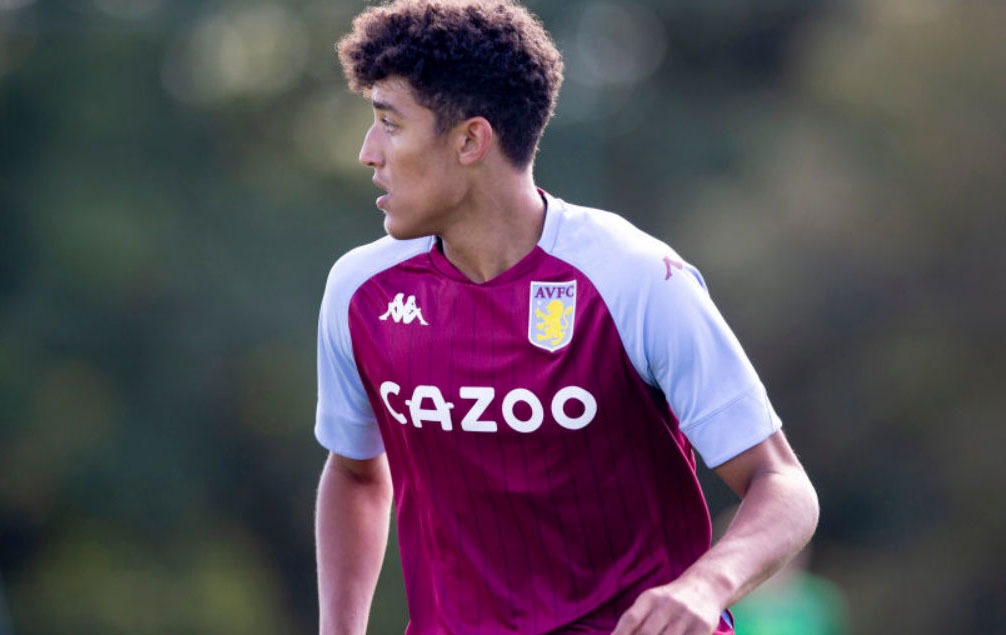 “We must, of course, thank our coaching staff, in the academy and the first-team environment, for their continued excellent work in producing players of such high quality, but also recognise the hard work and dedication both Ben and his family have shown whilst he has been part of academy and first-team set-up.

“Ben is a talented footballer, but also one who works hard and is dedicated to learning and improving. Therefore, he deserves all the success he gets, and we wish him well at Aston Villa and hope he goes on to have a long and successful career at the top of the game.”

Chrisene is a product of the youth system at St James Park and made his senior debut for the League Two club last August in the Carabao Cup – becoming the club’s youngest-ever player to pull on the red and white stripes.

He then made five more first-team appearances last season, as well as representing England at youth level, so it’s no wonder Villa were keen to snap up the promising midfielder despite interest from Europe’s elite clubs Liverpool, Chelsea and Bayern Munich.

Frank Lampard had invited Chrisene to train with Chelsea, while Southampton were also keen to watch the youngster up close.

“He’s going to play at the top level, it’s as simple as that,” he said.

“What that top level is for Ben, he’s 15 years old, I can’t tell you that yet. But I think he’ll play at a top, top standard of football.

“The opportunities we give to our academy players are second to none in terms of the country, and possibly worldwide as a football club,” added Taylor, who is a former Exeter captain and ran the club’s Under 23 side before succeeding Paul Tisdale as manager last summer.

“But there’s a reason we do that. We see the value in it in years to come.”

In recent seasons, the Grecians have earned millions from selling homegrown graduates like Matt Grimes, Watkins and Ampadu, while many more have gone on to forge a career away from Exeter.

There is no shortage of success stories on the South-Coast and the vast amount of youngsters that keep emerging from this productive conveyor-belt of talent is down to meticulous planning and preparation.

In July of 2018, Exeter’s most notable graduate to date, Ampadu, joined German giants RB Leipzig on a season-long loan from Chelsea.

Wales international Ampadu was regarded as one of the brightest talents on these shores prior to his big move to Chelsea. He’s now back in the Premier League on loan with Chris Wilder’s Sheffield United.

The Grecians’ success in producing young players for first teams across Europe is above the average where only five-per-cent of academy players go on to earn a contract as a first-year pro.

Academy Operations & Performance manager, Arran Pough, told Devon Live: “Any positive programme that is going to be successful takes a long time to build. This has been a long time coming and the club has also been so supportive.

“Above and beyond that, it is the core values that we have got at the club; ensuring that the players develop away from the field and develop as well-rounded young men is key for us.

“We will never promise a player that signs he will become a professional footballer. We are very honest at the start and manage expectations, but what we will promise is that we will do everything we can to ensure that players develop as people off the pitch, that their Academic studies improve whilst they are with us and we set some characteristics that will allow them to be successful in whatever they do in life.”

Chrisene made five appearances for Exeter last season, appearing in four wins following his debut in August 2019. His cameos in EFL Trophy win against Cheltenham, Newport and Exeter impressed Taylor enough to hand him the first league appearance of his career in a 2-0 win over Cambridge last January, a day short of his 16th birthday.

Whilst admitting his disappointment that Exeter fans won’t be able to see more of their starlet, manager Taylor is pleased to oversee Chrisene’s move to the Midlands.

“He has gone to a Premier League Club, which we are delighted about. However, it is a shame that we are losing our players before we get the chance to really work with them.

“We had to balance Ben’s final year in school with his training, within the first-team environment, and his availability for fixtures. So, the move is a great reflection on the work the academy and first-team coaches have done in terms of developing young players but is a shame for the fans because they haven’t really seen Ben Chrisene play.

“He got a couple of minutes in a home league fixture and came on late in the cup game against Coventry, but he hasn’t had enough appearances to get any relationship with the fans. That is a real shame because it is part and parcel of our club and the fans want to see the young talent coming through.”

Chrisene’s signing is another indication that Villa are serious about generating the next pool of English talent in an academy that is starting to translate savvy recruitment into results on the pitch.