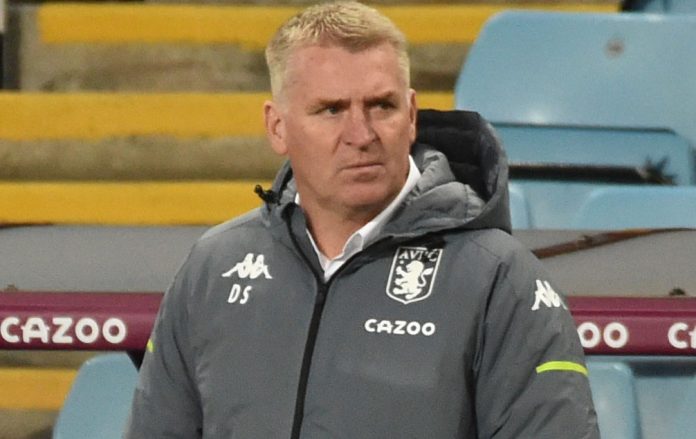 It was the heaviest of defeats any side had inflicted on Liverpool since Jurgen Klopp took the reigns on Merseyside. In fact, not for 67 years has the English top-flight champions fallen to a seven-goal loss.

For all the glitz of supreme talisman Jack Grealish, the perfect, first-half hat-trick from new boy Ollie Watkins and a stunning audition from Ross Barkley, it was only five years ago that Villa found themselves on the wrong end of a familiar battering at Villa Park.

Kolo Toure cutting an isolated figure in the middle of Joleon Lescott and Ally Cissokho’s six-yard box isn’t a memory that’s been easy to forget for Villa fans – Toure’s and Liverpool’s sixth goal on that fateful day in February 2016 was the tipping point for Villa’s demise.

Now nobody expected the sheer turmoil that would follow with ownership problems, financial crisis, the pain and delight of play-off finals, but neither what would proceed in the Premier League.

Dean Smith has been heading everything that’s good about the club in the past three years and counting.

Restoring Villa’s Premier League status, setting a new club-record winning run and leading the club to a League Cup final was all in a whirlwind year and a half for Dean Smith. Now after claiming a 7-2 victory over the reigning Premier League champions, his effect on the club firmly installs Villa’s head coach in club folklore.

“I have never got too high or too low on defeats throughout my career,” Dean Smith told Sky Sports before searching for his first win since January as Villa welcomed Crystal Palace in early July.

Since initiating lift-off during Project Restart, Villa remains unbeaten in seven top-flight games, winning five after a perfect start to the 2020-2021 league campaign.

Amidst Villa’s perilous months prior to and after lockdown, Smith remained the eternal optimist, he never backed down nor shirked responsibility even if only the most confident of Villa fans were left dreaming of top-flight survival last season.

Seven points separated Villa and Watford who sat above the dotted line come July 12 and only a win against a bang out of form Palace side would do for Villa side so desperate for the three points that could alter a whole season’s fortunes.

A vital win over Arsenal followed a late blow at Goodison Park before Grealish chose the perfect time to notch his first goal in 14 Premier League games at the London Stadium to seal Villa’s top-flight status on a dramatic final day.

Calm and honest through the toughest part of his professional career, Smith’s man-management rubbed off on his players. Villa managed to become the first Premier League team to survive relegation having fallen seven points off the pace with four games left to play.

“It is so important that my demeanour is consistent for the players. The moment they see a little bit of panic or lack of belief in my eyes then I think it is a downward spiral from there.”

Dean Smith gives his all for Aston Villa

You would’ve forgiven Smith if he passed on the weight of an expecting fan base considering all he had to sacrifice as the club’s head coach.

Smith had been coping with the death of his father, Ron during Villa’s first season back in the top-flight. Poignantly, on the night of Ron’s passing, Villa fans far and wide were reminiscing about Dean’s successes from 16 months ago, having defeated Derby in the play-off final that drew possibly the greatest reception any Villa side or boss has received in decades.

Smith has since reconnected a fractured fanbase, established a connection with those on the pitch and in the stands, his leadership qualities no doubt say as much about Ron as they do for Dean.

“That’s probably the tough part of it. I remember after a Walsall game, I had to go and put my dad to bed that night, which is a tough thing to do for anyone.

“I put my family side to one side and concentrate on Aston Villa.”

After guiding Villa into the top-six after months sitting outside the play-off positions in the Championship, two or three times a week Dean would drive off from Bodymoor Heath to see his father before trips around the country, giving his all to put Villa back in the big time.

Watching down from the skies, the former Holte Ender by job and by love, Ron would be so proud of his son, his strength and commitment for the club he introduced him to over 50 odd years ago.

It’s no secret that Nassef Sawiris’ and Wes Edens’ financial backing has transformed Villa in past seasons, saving the club from administration and supporting Smith in every way they can.

After relieving Jesus Pitarch of his recruitment duties earlier this year, Smith has been afforded a louder voice in player identification and in the form of Ollie Watkins, Villa are reaping the rewards of recruiting players Smith is both familiar with and keen to improve.

Wearing a smile from ear to ear, Smith was delighted to congratulate his £28 million signing down the Villa Park tunnel as Watkins made his way off the pitch with the match-ball clutched in his arms after netting his first Premier League goals against Liverpool.

It’s now time to sit up and take notice of Smith’s achievements at Villa. It’s a romantic story, one full of heartfelt chapters, but ultimately a journey that’s only getting started – Dean Smith and Jack Grealish are the faces of Aston Villa Football Club and what a time it is to be a Villan.

The Villa: An Army of Lions