Aston Villa fans were still licking their wounds following play-off final agony when a grim reality surfaced – one that had potentially catastrophic implications for all associated with the club.

It was hard to ignore the dejected expressions of John Terry and Jack Grealish while 38,000 in Wembley’s East End danced deliriously in the sunshine – Aston Villa were facing a summer of major upheaval, but nobody could have predicted what would follow in the summer of 2018.

Financial Fair Play had loomed over Villa Park during the club’s three-year Premier League exile and after spending £76 million in his first season as owner, Dr Tony Xia’s bullish but ultimately reckless approach was laid bare from the start.

It was revealed only a fortnight after a single Tom Cairney goal condemned Villa to another season in the Championship that the club had been seeking insolvency advice for more than a week following their defeat in the Championship play-off final at the national stadium.

The financial consequences were so severe it took this great football club – a cornerstone of the English game – to its knees. Xia had been bankrolling Villa for months with money arriving from Chin and into Villa’s bank account to make good the shortfall in normal trading operations. One missed tax bill however following a failed Premier League return was ever so nearly the end of Aston Villa as we know it, the former European Cup champions.

After a couple of nail-biting weeks later, Aston Villa’s modern-day heroes Nassef Sawiris and Wes Edens swooped to save the club from the abyss.

The ownership of Aston Villa Football Club has been passed across four continents in the past 15 years with European tours, top-flight relegations and promotions the price of swapping the keys to Villa Park around the billionaires club all too often.

Regimes past and present have all shared the common goal of restoring Villa’s status as an elite European club, but so often in the past, these goals have failed to wash for Villans tired of false promises.

Perhaps matching Barcelona’s global appeal within five years of Xia walking into Villa Park were unrealistic, but actions speak louder than words and Sawiris and Edens are becoming quite the power couple.

Sawiris has already witnessed plenty of drama at the club he bought in 2018. A Wembley play-off final in a season involving managerial sackings, appointments and record-winning runs was the baptism of fire Sawiris wasn’t expecting having drawn up a two-year promotion plan.

Villa Park never seems to be quiet for too long, but after the Coronavirus pandemic hit, B6 was quieter than it had ever been before. The longest Premier League season was the stroke of luck Villa needed having been written off before Project Restart. From afar, Sawiris would watch Jack Grealish – the player they kept at the club as their first statement of intent – carry the club over the dotted line.

Having secured Premier League survival on the final day of the season, Villa’s ambitious owners soon plotted their second summer of spending, with a reported £100m war chest made available to Smith who was keen to supplement his squad ahead of the 2020-21 campaign.

Between Sawiris and Edens, the two boast some serious financial muscle, and according to Forbes, their combined wealth comes within the top six of the Premier League owners rich list.

After private-equity investor Sawiris and his American partner bought a majority stake in Villa from Xia in 2018, the two immediately pumped £30million into the club, solving a liquidity crisis that had dogged the Chinese businessman and led to his sale of the club.

Their investment certainly didn’t end there, and their ambition is for all to see. From significant transfer fees to providing enough funding to ensure all non-football staff would not be furloughed during the lockdown period, NSWE have been nothing short of exemplary in the running of the club so far.

There couldn’t be a greater measurement of support from the top when the Coronavirus pandemic struck, and a businessman of his stature wouldn’t have been rocked any less than anyone else.

A testament to the good-will of both owners, despite chiefs of top-six clubs furloughing staff and cutting costs, Villa’s new ownership group NSWE made sure all at the club led the way in demonstrating exceptional leadership in the sports industry.

Nassef Sawiris was born into a wealthy family in Cairo, Egypt and is the youngest of three sons born to Yousiriyya and Onsi Sawiris in 1961. By the time Nassef turned eight years old, his father’s (Onsi) construction company became one of Egypt’s largest contractors, building roads and waterways along Egypt’s upper Nile region.

After its establishment in 1950, the business was nationalised by President Gamal Abdel Nasser, before Onsi made and left another successful business in Libya. On his return to Egypt, Nassef’s father set up Orascom Construction Industries in Africa – they’d shortly grow to be one of the largest private builders in Egypt by the mid-1990s.

Nassef – who had attended high school at the German International School of Cairo – went to college in the United States and in the year Aston Villa became European Champions, graduated with a degree in economics from the University of Chicago.

After studying at university, Nassef rejoined the family business which was diversified into communications and real estate. Orascom Telecom, helmed by the oldest brother Naguib; Orascom Hotels and Development, headed by the middle brother Samih; and Orascom Construction, now led by Nassef were the three separate entities.

As CEO, Nassef focused on expanding the business abroad and into a new sector – cement and building materials – a division he sold to Lafarge in 2008 for $12.8 billion. That same year, he entered the fertiliser business with the purchase of Egyptian Fertiliser Company. Through the expansion of its own operations and acquisitions, Orascom’s fertiliser operation grew to become the world’s third-largest nitrogen-based fertiliser producer.

Nassef’s business acumen was growing by the year, and in January 2013, a consortium of investors led by Microsoft co-founder Bill Gates invested $1 billion in Orascom Construction Industries to help the Sawiris family transfer the company’s listing from the Cairo Stock Exchange to NYSE Euronext Amsterdam.

Sawiris, 58, is Africa’s second-richest man with a fortune Forbes estimates at $7.2 billion. His wealth is registered as 330th in Forbes’ 2020 Billionaire’s list.

He also sits among Adidas supervisory board members having become the biggest investor in the Herzogenaurach, Germany-based sports apparel giants, who ended a very successful 2015 trading year by the news of Sawiris owning six percent of shares. 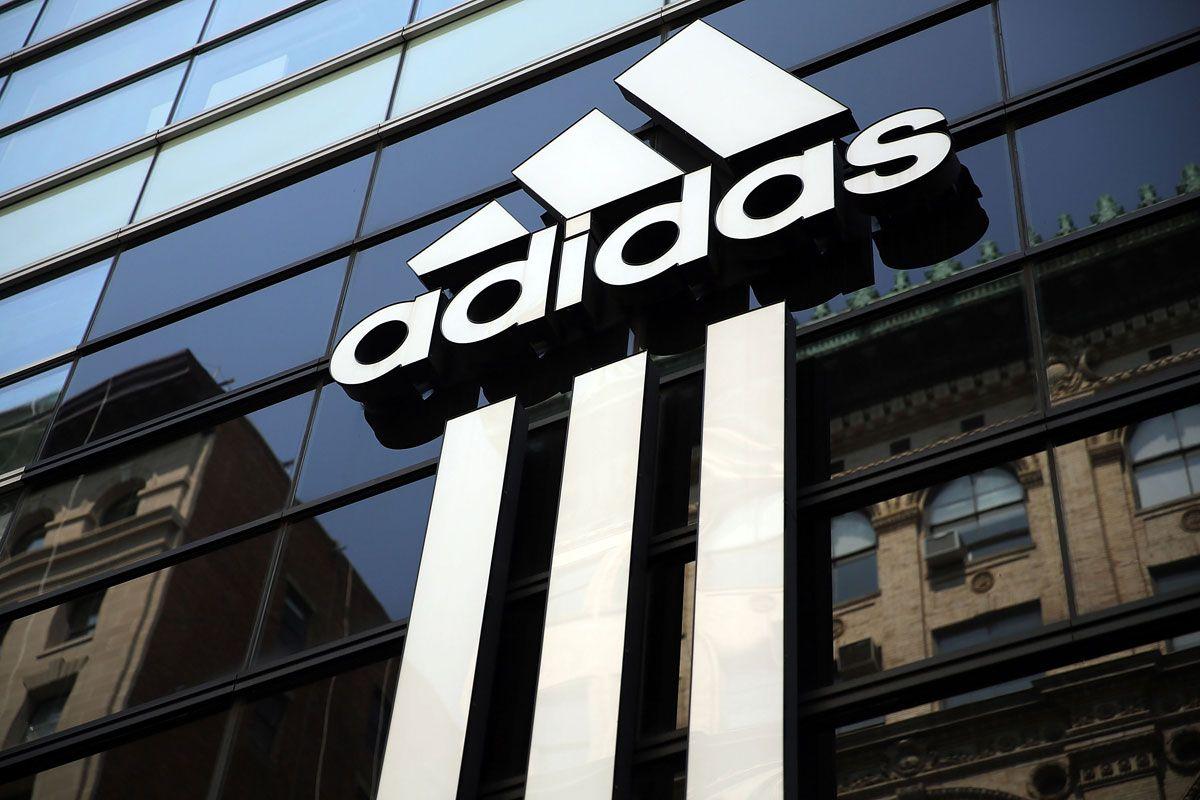 Sawiris wants to become a major player in football business

Sawiris has many personal goals, particularly in becoming a major player in football and the Premier League with Aston Villa, but he’s also a keen advocate of philanthropy and giving back to those who’ve helped him in his business career.

Villa’s joint-owner donated $6 million to the University of Chicago Booth School of Business to launch the first custom-designed Executive Education program in Egyptian town, El Gouna. Sawiris made the donation through the Sawiris Family Foundation in May, days before Villa’s play-off final success over Derby County.

The Sawiris Foundation for Social Development also donated $6.3 million to the Egyptian state for Coronavirus relief efforts in a bid to aid COVID-19 efforts in Africa. The foundation dedicated $2.5 million of the donation to daily wage workers and 60 million $3.8 million to support medical facilities and provide them with ventilators.

The billionaire also owns about 1.5 million LafargeHolcim shares according to Bloomberg. In fact, the whole Sawiris family have made an incredible fortune over the years. Forbes estimated the family’s combined net worth at $36 billion – it’s, therefore, no surprise Nassef has managed to mastermind Villa’s escape from turmoil to Premier League headliners once again, following his large investment in the Birmingham based club.

Fit with a wraparound terrace with views of Central Park, among many other luxurious perks, who wouldn’t want to watch Jack Grealish lead the Villa out from NYC’s most lavish of properties.

Although, at points, last season, the reality of the Coronavirus pandemic was such that football was not returning in a hurry. Some sectors were hit harder than others, and Villa’s co-owner Sawiris took a heavy hit to his personal wealth.

Just three days after Villa’s players agreed to defer 25% of their wages for the next four months, figures published showed their co-owner Sawiris has suffered a drop in his net-worth, after the virus saw global equity markets implode with catastrophic results for the bank balances of the super-rich.

Sawiris’ fortune had risen by $1.5 billion over the months prior to the pandemic to rank 252nd in the world in Forbes’ 2019 rankings but despite the riches both Sawiris and Edens have ploughed into Aston Villa, our fans are forever indebted to the pair for their impact on the club.

From Zoom calls to club skipper Grealish, convincing the talismanic number ten to stay not once, but twice, supporting employees through these unprecedented times of austerity and uncertainty – they’ve already cemented themselves in Villa folklore, and we’re lucky to have them.