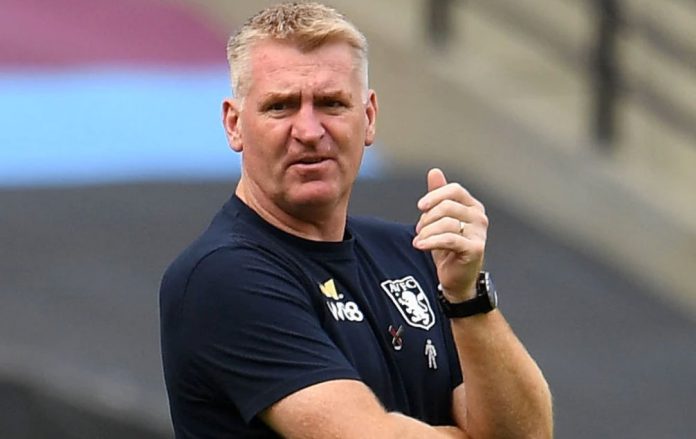 Aston Villa opened their 2020-21 Premier League campaign with a hard-fought win over Sheffield United – it wasn’t a classic, but Dean Smith will be taking more positives than what might initially meet the eye in a 1-0 win.

Ezri Konsa opened the scoring on the hour mark and without a response from Chris Wilder’s ten-men, Villa claimed their first win of a season that promises to build on the success of some post-Project Restart form.

Signs of improvement are already obvious having broken down a rigid Sheffield United ten-man opposition while keeping a clean sheet, but look closer and despite Villa’s dull win perhaps taking the initial headlines, there’s plenty of positives to take from the season opener.

It took over five months and indeed a new signing in Ally Mbwana Samatta to score Villa’s first header last season – 25 games into the league campaign. Björn Engels followed up the following week to score in the air directly from a set-play, all before the Coronavirus suspended the Premier League season in March.

Set-piece deficiencies in both offensive and defensive sequences quickly became a common Achilles heel for Villa last term before Project Restart. In fact, it took 176 days and over 2,250 minutes of football for Villa to register a goal via a header against Bournemouth.

In Villa’s first Premier League game this term, however, it took a mere 63 minutes to crack a consistent flaw in Villa’s game last season. Variation of scoring goals, and in general, conceding goals was a major contributor to Villa’s mid-season downfall.

Tyrone Mings and Konsa combining from a corner kick, header-to-header, before the ball crept into the corner was, therefore, an unlikely yet satisfying way for Smith’s side to open this season’s scoring considering last season’s pitfalls.

Villa won 525 fouls last term, 47 more than any other side, and so offensive set-plays should’ve been a serious threat with the delivery of Conor Hourihane, Jack Grealish and John McGinn, all of whom capable of registering assists close to or exceeding their ‘expected assists per game’.

Open-play chance creation was also promising last season. Only Chelsea, Liverpool and Manchester City crossed more balls into the box than Villa’s 95 total. But after relatively poor conversion rates, Smith will be looking to replicate some late-season goal-scoring know-how as the new season gets going.

During last season’s Project Restart, five of Villa’s seven total goals were scored within the same attacking phase that proceeded either a free kick or corner, highlighting how well Smith coached certain tactics to his players without completely working on routines at Bodymoor Heath, but over Skype and Zoom calls too.

The league’s indefinite suspension through March to June allowed Smith to take a step back and devise plans to improve defensive frailties and set-piece flaws, both in attacking and defensive situations. Grealish had won more fouls than any other player last season and in any other Premier League campaign before it, yet Villa’s goal count from set-plays was considerably low.

Making use of some Project Restart form

Villa’s opening games in the 2020-21 campaign have produced four goals in wins over Burton Albion in the Carabao Cup and against Sheffield United. Encouragingly, half of the goals scored – one in each game, have come directly from set-piece ingenuity. Konsa’s Premier League season opener might not have been the stellar volley from outside the box like Grealish’s at the Pirelli Stadium, but they’re all worth their weight in gold over the course of the season.

Smith and his coaching staff – particularly Neil Cutler, who’s been working closely on set-play analysis – know if offensive deficiencies from set-plays can be improved, then defensive phases can also be refined. 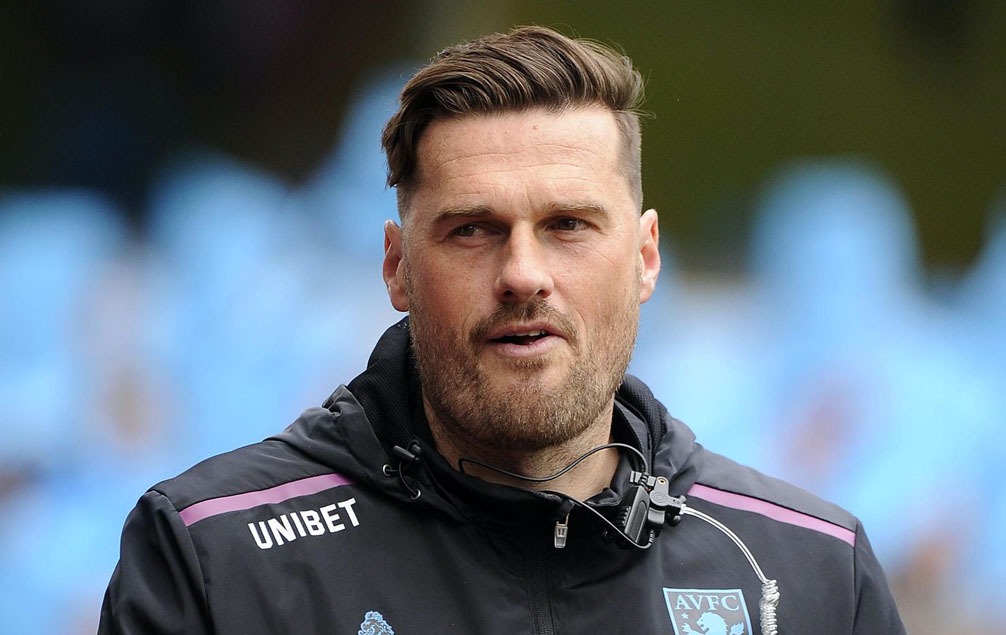 Villa had conceded more goals from set-pieces than any other team in the top flight last term and fixing the problem during Project Restart was key to escaping the drop.

Prior to the Premier League’s resumption, Villa’s captain Grealish explained the depth in which Smith had gone into to improve Villa’s results at the back end of last season.

“The past five or six weeks we have been having Zoom calls twice a week,” Grealish said.

After Villa’s opening win of the campaign against Sheffield, Smith’s side have now kept three home Premier League clean sheets in a row, a fete last managed in 2007, albeit over two different campaigns. But the well-earned wins over Crystal Palace and Arsenal last season were built on the foundations of defensive security.

During the lockdown period, Smith knew he had to attend to the many weaknesses that had stumped Villa’s progress last term, with set-pieces a particular Achilles heel which coincided with Villa’s poor defensive record until the league’s suspension – and his hard-work looks to have rubbed off into the new campaign.

Villa went into the lockdown having conceded 56 goals at an average of exactly two per game – by a long way the worst defensive record in the Premier League.

“We were conceding too many chances and too many goals,” Smith said when re-evaluating his side’s form pre-lockdown.

“We had to come up with a plan to stop that and we have done that.

“During the lockdown, we did video sessions with the players. We did group sessions. We got their input. I certainly had a vision of how I saw us moving forward and the players worked hard in that mini-pre-season that we had.

“We worked on best practice. We looked at the two best teams in the league, Manchester City and Liverpool. The togetherness, the team shift when they lose the ball, the counter-pressing.

“We had to get better at recovering the ball back if we lost it and, if we could not, making sure we got numbers back behind the ball and forcing the opposition one way.”

After hosting Sheffield United in the opening game of Project Restart, only Manchester United and Wolves had conceded fewer chances until Villa finally secured their Premier League place on the final day of the season.

New arrivals will also go a long way in Villa becoming a more rigid, defensively sound unit this season – none more so than Emiliano Martínez.

Signed from Arsenal for a fee in the region of £20m, it was an unexpected outlay for Villa considering the position was not one high on the radar before the Argentine came on the market off the back of some excellent Project Restart performances.

His ‘superman’ like dive across the goal-line to prevent John Lundstram’s first-half spot-kick was, in fact, Martínez’s first save at Villa Park, and what a way to make it. Keeping a clean sheet was like ‘scoring a hat-trick’ for a goalkeeper in the form of his life.

Martínez also became the first Villa goalkeeper in Premier League history to save a penalty and keep a clean sheet in the same game at Villa Park – his debut has certainly set high standards.

After making ten Premier League appearances last season for Arsenal, Martínez ranked amongst the very best of goalkeepers to make at least the same amount of appearances as he did last season. It comes somewhat unsurprisingly that the Argentine recorded the league’s second-best ‘total save %’, with only Tottenham’s Hugo Lloris bettering his score of 78.6%.

Martínez also ranked second best for ‘saves per 90’ and ‘catches per 90’ behind Nick Pope, whose campaign last year was lauded by many.

Statistics also show that no other goalkeeper made a higher percentage of saves from ‘shots inside the penalty area’, and according to Opta’s expected Goals on Target stats (xGoT), Martínez prevented an extra 2.9 goals from being scored in his nine outings.

His ‘post-shot expected goals – goals allowed’ figure also ranked the best in the Premier League at +0.48. This variable measures, in layman’s terms, how good a goalkeeper is at saving shots that should have gone in.

Martínez also ranked highly for ‘ball recoveries per 90’. On average, he recovers 3.39 balls per 90, which would suggest he is quick and alert off his line, to prevent direct balls in behind a defensive line.

Project Restart is a good indicator of player form and in general, how Villa are in better stead to keep balls out of the back of the net this year. 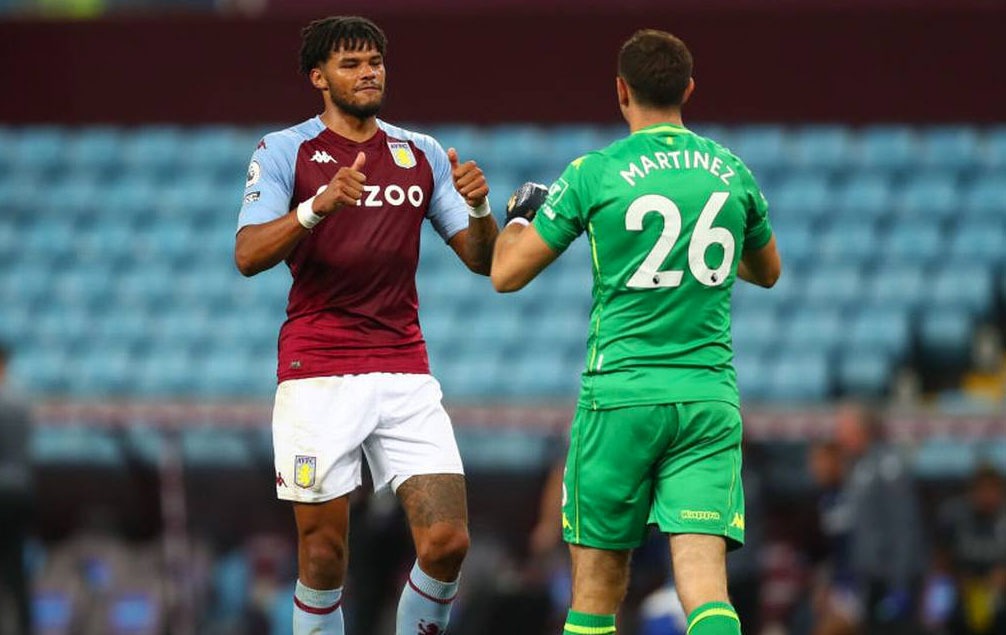 Douglas Luiz was arguably the most improved of any Villa player before last season’s conclusion. He was the foil Mings and Konsa were crying out for before the Premier League was suspended.

The most startling statistic that demonstrated Luiz’s impact on Smith’s side was the number of xG against. Before lockdown occurred, Villa conceded an xG of 2.35 per 90. This was by far one of the worst in the league. However, after the restart, that value dropped to 1.17 per 90 – an improvement largely down to Luiz’s performances.

Before the league’s restart, the Brazilian had one of the lowest defensive duels won % with 49.18%. This was a low ratio for a defensive midfielder, as he engaged in a relatively low number of defensive duels, only attempting 6.10 per 90. The average for the Premier League was 7.32 per 90, so Luiz wasn’t the holding midfielder Villa required at times last term.

Interestingly though, after the restart, the 22-year old had the highest defensive duels won %, with a staggering 67.85%. Luiz won almost 20% more defensive duels, which is surprising as Villa lost more. This success % is by far the highest in the league for defensive midfielders, only challenged by Chelsea’s Mateo Kovačić with 63.92%. Furthermore, this success was far greater than the league average of 57.44%.

Above all, not discounting player form or late-season performances, fielding a recognised backline with a centre-back pairing consistent through an extended run of games will no doubt improve Villa’s defensive record.

Villa chopped and changed defensive and midfield partnerships throughout the season after a major overhaul of players at Bodymoor Heath in the summer of 2019. Now head coach Smith has addressed key problems in performances and aligned his play style to personnel selections, Villa has an identity to partner a newly found streetwise style.

It remains to be seen whether Smith will headhunt a set-piece coach ahead of the new campaign to further cure last season’s dead-ball deficiencies.

At Brentford, Italian Gianni Vio was appointed set-piece coach and worked with Smith when he joined the Bees from Walsall. Brentford’s approach drew the attention of England, with Gareth Southgate’s assistant Steve Holland visiting Griffin Park prior to the 2018 World Cup.

“It is something I will discuss with Christian (Purslow) further down the road,” said Smith when asked about set-play analysis in 2018.

“They (set pieces) are important. It still staggers me that rugby union players have to remember 60 or 70 line-out calls and football players struggle to remember six corners.”

Neil Cutler was responsible for set-piece routines at West Bromwich Albion and has seemingly taken the role at Bodymoor Heath too after joining the club a month after Smith in November 2018.

This Premier League season may well prove to be the most competitive in recent years, but if Villa can continue from where they left off in Project Restart, coupled with some savvy additions, Smith will be looking to end the season in less stressful fashion than the last.