Despite another stellar season that saw Jack Grealish lead Aston Villa to Premier League safety, the 24-year-old has yet again been overlooked at international level.

Season after season Grealish’s impact at Villa Park has been unmatched, arguably becoming the single most important player to any football club over the past two years. Wearing the captains armband and performing to a level that exceeds his reputation across the country, his ability to wear the three lions is now indisputable.

He deserves to fulfil his dream of becoming an England international – at least the opportunity to prove himself at the highest level.

“When I was 15, I went to England trials and I collapsed,” Grealish remembered. “I was just nervous. I don’t usually get nervous but I collapsed.”

While Villa fans are running out of superlatives for Grealish, Gareth Southgate has been running out of excuses not to pick him. “C’est la vie,” the Englands boss recently professed.

In Southgate’s most recent squad selection, he’s had to content with injuries to key midfielders Jordan Henderson, Ross Barkley, Alex Oxlade-Chamberlain and Dele Alli, forcing the selection of an inexperienced group. Grealish’s first cap for England was in sight.

“I’m very conscious I’ve got to get the balance right because ultimately my responsibility is to produce a winning England team,” Southgate admitted back in 2018.

“I never pick on reputation – form has to come into it. You have to look at the opposition and the type of game you’re expecting and select the players best suited to that.”

Though after performing at the peak of his powers throughout the past 18 months, Grealish’s absence has left fans scratching their heads across the country, not just the ‘biased’ few in Birmingham.

Among Southgate’s squad that’ll face Iceland and Denmark in September’s Nations League games are senior debutants, Phil Foden, Mason Greenwood and Kalvin Phillips. Grealish, though, continues to search for his first England call-up that has proven elusive for some time.

As Grealish quickly become one of the more exciting prospects in English football after some excellent performances in the Championship – propelling Villa into the promotion mix after leading the club though a record ten-match winning streak – his exclusion from the England set-up was expected though not totally justified.

Southagte, at the time, was keen to highlight Grealish’s inexperience against superior opposition having spent the past two seasons in the second division.

He said: “I’m not going to say we won’t pick a player from the Championship because that could happen but it’s far more difficult to assess his level. You see certain parts of the game but not others. Not the physicality at times, nor the tactical discipline.

“That’s another level in the Premier League: the speed, the pace. So, he’s a player we know all about, he’s a player we track. But that last bit of evidence that could give you confidence to pick him at the moment we won’t see. But as an ex-Villa man I hope it’s not too long before we do see it.”

His comments came only weeks before Villa were preparing to embark on their second Championship play-off campaign in as many seasons. Though, earlier in the 2018-19 season, Mason Mount, then 19, was selected for his first senior call-up even if Southgate would later question Grealish’s ability to set up a level as the season drew to a close.

Discarding Grealish’s skill-set, valuable versatility and simply the style of midfielder he is, incomparable to many in Europe let alone to that of Southgate’s selection could be detrimental to England’s EURO 2021 chances.

While the suspended tournament is still a little over nine months away, Grealish, who hasn’t trained with the England senior side once, will need an adaptation period to settle into the group. Omitting him from a squad already diminished with injuries confirms Southgate’s unwillingness to add Grealish to his final EURO’s squad next summer. These upcoming friendlies provide the ideal environment to understand where Grealish can flourish and improve an England side who are none the wiser to what he can add to the group without his inclusion.

Gabby Agbonlahor was surprised by the squad selection, branding Grealish’s omission as ‘ridiculous’.

“There is something Gareth Southgate needs to tell everyone that we don’t know,” Gabby told talkSPORT.

“There must be a bigger reason because last season he said ‘no’ because he’s in the Championship. So he’s come back to the Premier League, he’s had one of the best seasons of his career, everyone has been raving about him. He’s got the goals and assists to prove it, to back it up.

“So it’s ridiculous if you think about it. I’m lost for words. It’s a great squad, there are great players in the squad, but what Jack offers you, he should be in every squad.”

Grealish’s performances last season were exceptional. He contributed to 34% of Villa’s goals in the form of both goals scored and assists. His ability to galvanise a weak Villa team also speaks volumes of his ability. More often that not he was the best player on the pitch with nine Premier League Man of The Match awards to prove it.

More technically, only Kevin De Bruyne had completed more live-ball passes that led to a shooting opportunity than Grealish last season, who working within a Villa side hamstrung by injures and heavy rotation was over reliant on his contributions.

Grealish carried the ball over a total distance of 15,461 yards, a further distance than any other player across Europe’s ‘top five’ leagues last season. Among England’s five midfielders to have been selected for the two upcoming Nations League ties, Phil Foden, Mason Mount, Declan Rice, James Ward-Prowse and Harry Winks, Grealish has scored and assisted more goals than all of them.

Importantly, Grealish created 92 goal-scoring chances last season, a tally that only Manchester City’s De Bruyne could better in the Premier League. Grealish’s creativity and attacking output is not up for question, and frankly it’s hard to quantify what is.

Grealish has worked with Southgate before

After proving his capabilities in the Premier League, Southgate, you would’ve thought, would feel obliged to hand Grealish a chance at St. George’s Park, but instead, as preparations for EURO 2020 got underway in February, he was once more left out.

“I can’t help but think of playing for England because that is what I want to do,” Grealish told the Express and Star as the European Championships loomed.

“I hope I have done enough (to get a call-up) but I also think I can perform better and that is the God’s honest truth. People on the outside might say I am doing well, but I know for a fact I can do better and score more goals and get more assists.”

Southgate attributed the quality of competition in certain positions as to why Grealish was left out of selection this time round.

“We have got incredible players in those positions, we have got competition for places. Those four have either been with us for a long time and been exceptional in their performances for us, in terms of Marcus and Raheem.

“Jadon is just breaking through and I think everybody is aware of his potential, and Mason Greenwood’s goalscoring record and performances with Manchester United were outstanding. It is an area of the field where we have people like Callum Hudson-Odoi as well. I know at times Villa play Jack as a midfield player – that is not as I see him in the way we play.

“So with us he would be a wide player or a 10, and at the moment I think we have got players who deserve to be in just ahead of him.”

After Southgate was keen to laud Grealish’s versatility – a key asset to any nation approaching a major tournament – it goes without saying that his inclusion would therefore be justified. Southgate clearly sees Grealish as a winger, and competition in that department is obviously more fierce.

Though, two of Southgate’s five midfield picks all played in wide areas last season for their respective clubs. Both Mount and Foden had enjoyed spells in roles wider of an attacking front-three, and so Southagate’s notion that Grealish will only be effective as a winger and not a midfielder for the national team holds little substance.

Grealish himself admitted he’d rather occupy a central role as apposed to a wider position for England.

He told the Express and Star:

Grealish came through Villa’s youth system as a progressive number 10 and whilst his style is unique, his preferred position on the pitch is naturally due to his skill-set. Not until the second half of last season had he played consecutive games in an an advanced, wider role for Villa.

Southgate has worked with Grealish before, and knowing his strengths as well as the systems he can fit into, offering him the chance to play for England should not have become such a palaver.

Grealish was looking forward to starring at the 2017 U21 European Championships as soon as Southgate was appointed senior boss back in 2016. He had hoped his former U21 boss would then open a door to the senior team.

“Our team was so together, and that’s partly because of Gareth,” Grealish told The Times.

“He gives all the boys confidence. You can see the England first team doing well under him. I hope he does get the England job because he’ll be good for the country.

“I’m trying to keep my place with the 21s, hopefully go to the European Championships next summer and then try to get into the first team. I feel in the future I can go and play for England. That’s definitely my target. That’s my dream.”

Grealish was no doubt just as surprised as every Villa fan in Erdington, Perry Barr and Sutton Coldfield when he didn’t receive that long awaited phone call. Though many neutral fans were too stunned by his absence from England’s first squad of the new season. 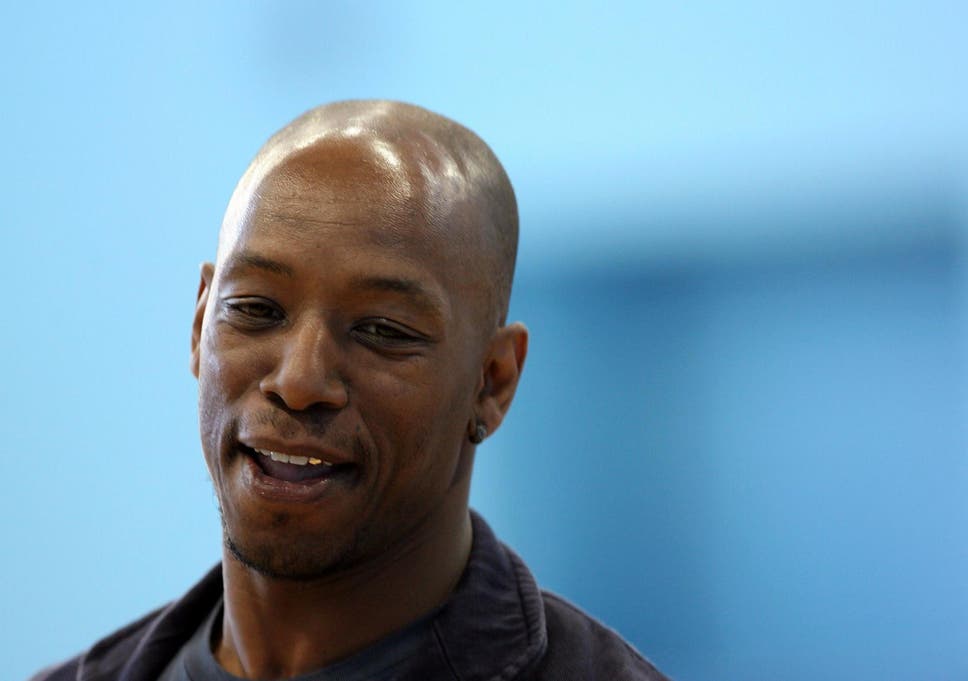 Former Arsenal and England forward, Ian Wright said: ’Delighted for every single player that gets the call but can’t help feel like Jack should be at the very least in this squad,’ via his Twitter account.

Villa’s captain has come on leaps and bounds over the past three years, and along the way, many have tipped him for the top after witnessing his talent first hand.

Joe Cole spent pent two years at Villa Park towards the end of his career and realised Grealish’s potential immediately.

“I think he’s the type that can pull on any shirt and it wouldn’t be too heavy for him,” said Cole.

“I include the England shirt with that. His England career has been a long time coming for various reasons but no shirt would be too heavy for Jack. He’d be able to wear it.”

Cole was another stylish midfielder prone to the curse of not knowing how to use his flair and guile in an England shirt. The uniquely talented 10’s so often produced on the continent have rarely blossomed since the likes of Gazza, though as we await to see what the shirt holds for Grealish, his England career is still for the taking.

He’s a mature footballer for his age, one that will take the chance when it arrives. So determined and convinced he’d keep Villa afloat last season, he’s been one to prove the doubters wrong throughout his career. He’ll come back stronger through his disappointment with a point to prove once again