Copenhagen’s strategy is clear. Identifying, developing and making profitable margins on young talent on the face of things may seem very ordinary, but the Danish template is one envied by most across Europe.

40-year-old Lange replaced Jesus Garcia Pitarch, who left Villa on Monday, a day after the club ended their first season back in the top-flight at the London Stadium.

His arrival signifies the start of a recruitment rebuild and academy overhaul.

Villa’s chiefs conducted an end-of-season review of their transfer policy after spending more than £140m on players last summer, and the overdue clear out will go some way in ending years of poor transfer window recruitment.

Whilst Lange’s sporting director qualities are much of an unknown quantity on these shores, there’s enough exciting promise from his days in Scandinavia to offer reason as to why Villa chose the former Copenhagen and Wolves assistant to lead their football operations.

Frederik Leth was appointed under Lange as Copenhagen’s head of scouting and analysis with a strong emphasis on a data-based approach. Villa fans are well versed in the negative aspects of numerical approaches to recruitment, having seen what mismanagement can bring in 2015, and what £140m can get you last summer.

This use of statistical analysis helped the Danish giants to branch out into new markets and explore niche pools of talent like in South America which has seldom provided northern European clubs with teenage talent. “We are trying to find players earlier in their career. That is difficult to predict but it is important to try. The partnership between myself, the manager and the scouts is crucial.

“We take time at the start of the process to establish exactly what we are looking for. Then we can set the parameters with the data. It is only after that stage that it becomes about live scouting.”

It is now incredibly important that Villa can re-establish themselves as a Premier League club, with key signs of a structure and growing culture at the club also crucial.

Lange oversaw Copenhagen’s famed vision for over six years, and Villa no doubt recruited their new sporting director with his experience of building successful club cultures in mind.

“It helps that everyone knows their job. It is difficult for the scouts if the style is changing from season to season.”

After Villa clinched survival in the top-flight on Sunday, Dean Smith was quick to address the problems that had stumped Villa last season, including the need to build from the foundations he laid upon arrival in 2018.

Creating a culture at Aston Villa

Lange was also keen to highlight the importance of a philosophy at a football club, like he’d developed at Copenhagen.

“We have a strong culture, a proactive strategy, stability among key personnel and a very clear style of play.

“Without those four things, I don’t think we would have had any chance of punching above our weight in the European competitions for such a long period.”

The Dane was also proud of a “unique record, one that we are very proud of,” before setting off for Villa Park this week. 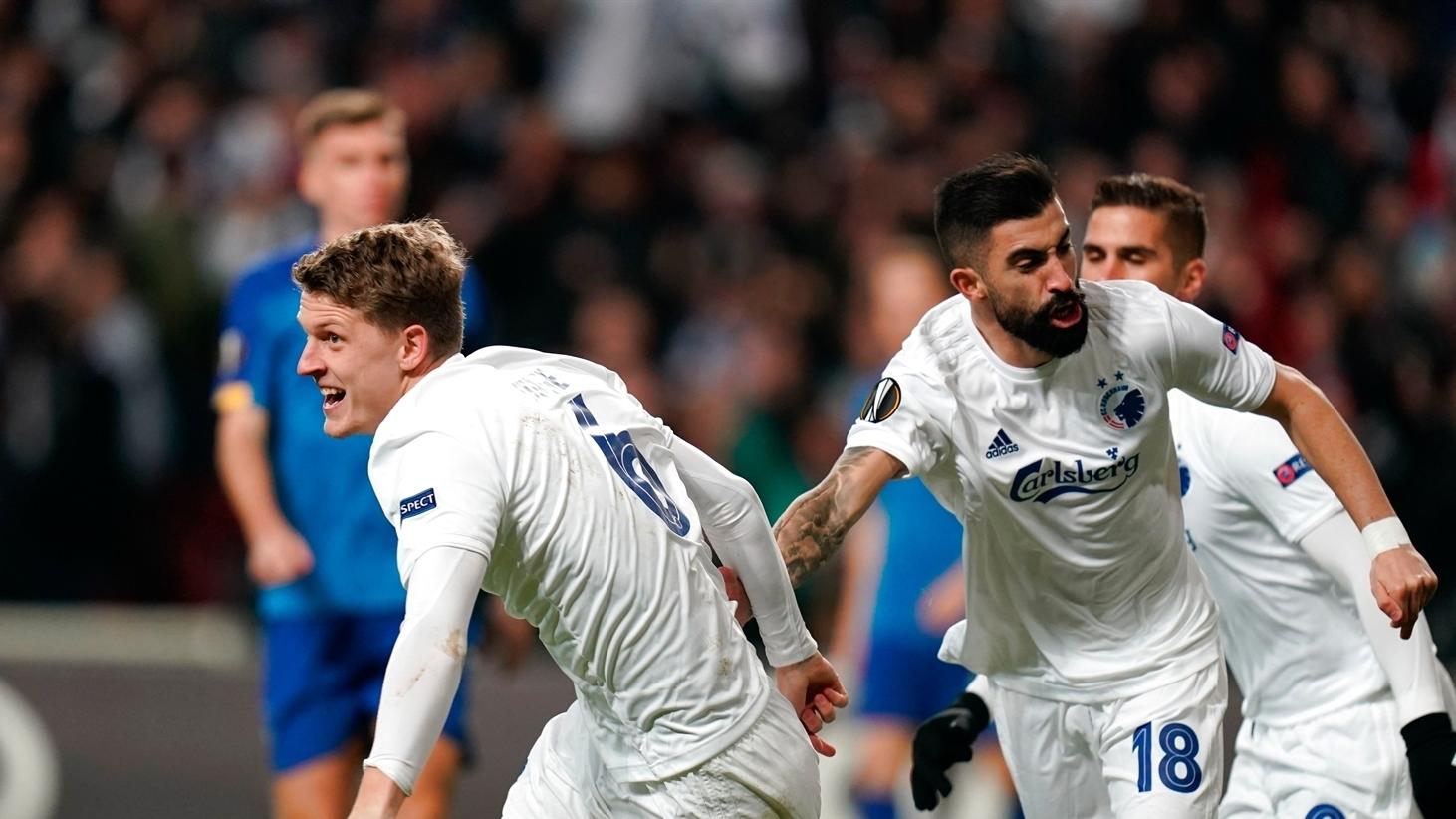 Copenhagen are one of only 15 clubs to have competed in the group stage of European competition in 13 of the past 14 seasons. They sit on a list that includes Real Madrid, Barcelona and Bayern Munich. The difference is that Copenhagen had to qualify just to reach the group stage in all but one of those seasons.

Building a team to also compete in Europe with the limited budget of a Danish side is no mean feat, and Lange had to explore ways to make his budget go further.

“The market has gone through a lot of inflation,” Lange said.

“The markets where we were traditionally recruiting from have gone up 110% in recent years so that obviously makes it more difficult. There are a lot of reasons for this. Clubs in Asia and America are investing heavily and that has had an impact on the prices in the market.

“We have to look further afield. The days when we could have a Scandinavian international within the club for four or five years have gone. The turnover of the squad is faster than it used to be. That demands even more from our model. The onus is on us to upscale young players who can perform in Europe faster. Without a clear strategy, it would be impossible.

Lange will now embrace new surroundings, as will Villa’s youth teams and coaches who will be housed in a new, state of the art facility due to part of the £100bn HS2 project disrupting Bodymoor Heath’s original aesthetic.

Lange’s track-record in developing talent is undisputed, with Copenhagen rapidly becoming key players in the elite academy and recruitment conversation around Europe.

Under his watch, Denis Vavro was sold to Lazio for £9.5m last summer whilst Robert Skov joined Hoffenheim for £9m. Both had been signed for a fraction of those figures just two years earlier.

The two weren’t the first to leave Denmark with a big price tag with the likes of Robin Olsen and Thomas Delaney pitting their wits in the Seria A, Bundesliga and in the Champions League.

The consistency of Lange’s success with Copenhagen is remarkable and his work wasn’t going unnoticed back home. Former Villa centre-half and Danish international Martin Laursen was pleasantly surprised when Lange was installed as Villa’s sporting director.

“I’m very surprised they’ve chosen Johan Lange. Recently, they had a Spanish sporting director, and they could’ve appointed anyone from all over the world. Now they have chosen a Dane. It’s spectacular, I think. Huge congratulations to Johan.”

Laursen also recognises that whilst Lange’s earned a big move, only so much preparation can equip you for Premier League club management.

“FC Copenhagen is a big club in Denmark, but this is going to be a completely different league for Johan. He’ll get a lot of money because there is enough of it at Aston Villa. Now they just have to make sure to get something more out of it, and that will be Lange’s biggest challenge.

“They spent a lot of money last summer, and yet they were very close to relegation. It says something about the fact that they didn’t get enough out of it at all.

“Going in and becoming sporting director of a Premier League club is not that straightforward, and I can only repeat that it will be a very big step for Johan. It may well be that Aston Villa are currently a bottom team, but it is a historically very big club.

Nassef Sawiris and Wes Edens are set to back Dean Smith in the transfer window with the objective of adding quality and experience at the forefront of the process this time round.

“He has to sit down with manager Dean Smith and get an overview of the squad and then I’m sure he will also have to bring in some new players. And then there is the whole issue of Jack Grealish, in which all the big clubs in England have shown an interest. Johan now has to deal with him, and this could well be the first major challenge. He is a class player, and Johan can sell him for a hell of a lot of money.

“They were in big trouble last season, but they also suffered a lot of injuries in important positions. Defensively, Aston Villa were poor and let in too many goals, but fortunately they managed to put in some sprint in the end.”

Only time will tell if Lange can replicate the success he enjoyed at Copenhagen, but if the success of his Scandonvain brothers Olof Mellberg and Laursen and John Carew are anything to go by, Lange will be right at home at Villa Park.

How Dean Smith is using lessons learned from his Walsall days...