Aston Villa and their supporters will make the trip to the capital tomorrow to take on Fulham at Craven Cottage in the FA Cup.

Craven Cottage has been the home to Fulham since 1896 but was originally a royal hunting lodge and has a history dating back over 300 years.

The ‘Cottage‘ is made up of four stands, named the Johnny Hanes Stand, The Hammersmith End, The Putney End and of course the Riverside Stand that runs alongside the River Thames.

Away Supporters who visit Craven Cottage are housed in the Putney Stand. 3,000 tickets are usually allocated, with the stand split in half with neutral football supporters. Rows DD and above will be affected by the supporting pillars as they tend to affect the view to the pitch. *Please note that due to the building of the new Riverside Stand, tickets to away supporters have been reduced.*

The usual food and drinks are available at the multiple food outlets behind the stand. Although they are undercover they are not enclosed so it can be cold and windy.

Alcohol is available inside the stadium depending on fan behaviour and police restrictions. Expect to pay the usual London prices of around £4.50 for a pint or they do a beer and pie offer for £8.

I NEED A PRE-MATCH PINT 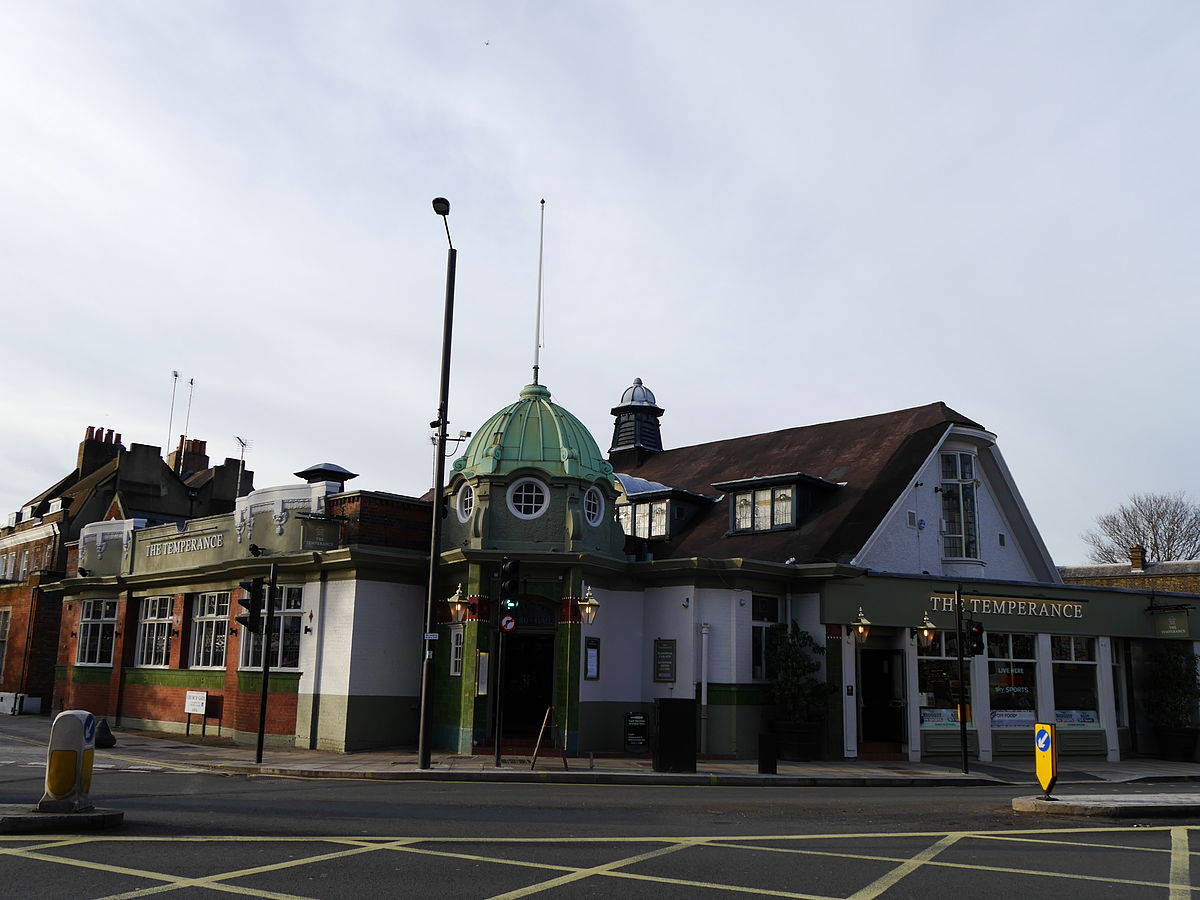 Craven Cottage has plenty of options for drinks beforehand. Right next to the tube station is the ‘Eight Bells‘ which is usually pretty popular with Villa supporters. The pub tends to get full very quickly and early so arrive early or you could be disappointed.

Another option is the Temperance which is a five-minute walk from the Eight Bells. They have a round bar and offer ample seating. Sky Sports is also on offer on various screens and their big projector.

Other options include the Dukes Head and The Putney.

Leave the M25 at junction 15 and take the M4 which soon changes into the A4, towards Central London. After 2 miles take the left into Hammersmith Broadway just before the flyover.

Go around the ring road around Central Hammersmith, keeping to the right. Then take the A219 Fulham Palace Road and keep straight on this road as you pass Charing Cross Hospital on your left. Around about half a mile take a right-hand turn, following the signs towards Craven Cottage.

A train from New Street Station to London Euston should take a little over two hours.

Update: District Line trains will only be running between Earls Court and Putney Bridge on matchday. Supporters intending to use the Underground are advised to plan their journey here: tfl.gov.uk

Keep an eye on our Twitter page where we will try to post any updates on the trip to Sheffield United as we get them.