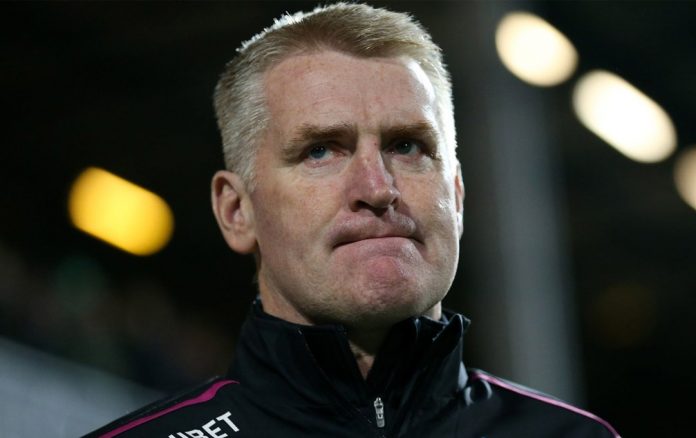 Aston Villa’s worrying slump has well and truly shattered any remaining hopes that the club would be sailing towards a comfortable mid-table finish this season. At the halfway point of the campaign, we are lucky to be as high as 17th, on 21 points.

The good news is that the current state of the league means that any sort of run of form could propel Villa up the table in no time at all. After all, Arsenal are only 6 points ahead of us and we’ve seen how teams such as Southampton and Everton have given themselves breathing space in a short amount of time after looking dead and buried.

The bad news is that it’s increasingly apparent that all is not well in B6 right now. Injuries to key players are taking their toll. Despite several mistakes in his last few games, the defence has capitulated without the leadership and guidance of Tyrone Mings, who returned yesterday against Burnley. And the industry and work rate of John McGinn has left us without any bite in midfield. Further problems could arise once both Tom Heaton and Wesley have been diagnosed after both being stretchered off yesterday.

Added to this, the rest of the players in the squad all seem to have abandoned the promise they had shown at the start of the season and look completely out of their depth. The only positive on the pitch right now is Jack Grealish’s continued good form, but he cannot do it all by himself. 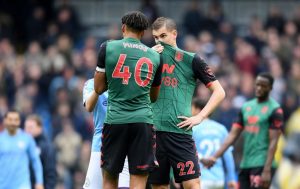 The fact that so many of the players seem so demotivated and error-ridden is a major concern and suggest that there is a deeper-rooted problem than just bad form. Bjorn Engels looked completely assured during the first few months and was being touted for a Belgium call up but has completely crumbled without Mings alongside him. There was also a noticeable lack of effort to cover his own mistake for Southampton’s first goal which was completely unacceptable.

Marvellous Nakamba is another player who had put in several superb performances and looked like a great bit of business. But he too in recent weeks has made mistakes and just hasn’t got anywhere near the required work rate in his game right now.

The list goes on; the marauding Fred Guilbert has recently lost his place to Ahmed Elmohamady, which was unthinkable after some scintillating performances earlier in the season. Matt Targett made us grateful that we had a clear upgrade on Neil Taylor, but many supporters would now prefer the Welshman to be back starting games. Douglas Luiz has obvious quality but is misplacing passes and looking like a shadow of the player that prompted Pep Guardiola to lament the loss of the Brazilian. His fellow countryman Wesley is struggling big time and needs to be taken out of the firing line. The list goes on.

So what has happened? Whilst I can accept that the loss of Mings and McGinn are huge blows for us, I can’t accept that their absence is a reason for such a deviation from the path we were seemingly on.

The impressive performance at Villa Park against Liverpool was back at the start of November. In less than two months, Villa have gone from an outfit that almost beat the current best team in the world to having their backsides handed to them by one team that has lost 9-0 this season and another that was rock bottom of the league until last week (and who were also down to 10 men). Something has gone seriously wrong.

Of course, there is a growing clamour for Dean Smith to depart. After just being handed a new four-year deal by the owners, that isn’t going to happen. But he isn’t above being asked questions.

Upon promotion, supporters were promised attacking football. We were going to go and play our way even against the likes of Liverpool and Manchester City and show no fear. For me, that has barely been the case, especially recently. Instead of imposing our own style of football, we are increasingly being subservient. And in turn, we are becoming easier and easier to beat.

The pressing style of play that we saw in the early part of the campaign has disappeared completely. Whilst supporters are increasingly questioning the tactics employed by Smith, for me, the bigger question is why the basics are no longer being done. Because we know that this same formation was yielding impressive performances in the early part of the season and we looked like a real threat going forward. Credit to Smith though, he changed to a five at the back against Burnley and we did look better.

I don’t accept that these players aren’t good enough or that they aren’t gelling. Because we’ve seen evidence to suggest the opposite on both of those points. McGinn is clearly an integral part of a pressing style of play. But to rely on one player to ensure a system works is not feasible, and nor do I think that is the sole reason it is no longer working.

Worryingly, it does point towards a breakdown in communications somewhere along the line. Are the players playing for Smith? Has something happened behind the scenes that has caused a rift somewhere along the line? Did Sporting Director Jesus ‘Suso’ Pitarch mastermind Villa’s summer recruitment drive and overrule Smith’s own targets?

It’s all speculation of course. But what is really worrying for me is the change in Smith’s demeanour.

I know it’s easier to sound insightful when things are going well. But the intellectual and astute comments in post-match interviews have begun to give way to lamenting officials and other excuses. The little nuggets of tactical insight have disappeared and most concerning of all was Smith’s apparent throwing in of the towel in the 3-0 defeat at Watford. ‘The performance first half is what lost us the game.’ I mean, it was only 1-0.

I absolutely couldn’t disagree more with this comment and I think it’s a dangerous mindset to take. Yes, the first half may well have been poor. But as the manager, you then have 15 minutes in the changing room to do whatever you need to in order to ensure that those players come out fighting. When you then get the bonus of them having a man sent off then that should be all the motivation needed to attack and try to turn the game around.

It seriously makes me question whether our manager has the fight for this or if the pressure is already taking its toll. Is he both out of his depth and of ideas? Can he turn this around? A consolidation year was widely expected. But we didn’t expect this team to become toothless so quickly. And that is one thing that will never be accepted by supporters.

I do think there is a mixture of problems going on at the moment and it’s extremely concerning. Injuries and needing to buy players are one thing. But if there are deeper rooted problems, then we are doomed already. Because they rarely get sorted out other than with a change of personnel. And after so much upheaval in recent years, that’s the last thing the club needs again.

We kicked off 2020 with a win over Burnley as I very briefly touched upon. I just hope that it is a sign that things will begin to pick up and not a one-off.