Following the trip to Manchester at the weekend, Villa will now make a trip down to the big smoke to take on Frank Lampard’s Chelsea at Stamford Bridge.

Stamford Bridge has been the home to Chelsea FC since 1905. The ground officially opened as an athletics stadium in 1877. The owners wanted a stadium that could be the home of a professional football club so has the stadium virtually rebuilt. The stadium was originally offered to Fulham FC who declined the invitation so newly former Chelsea FC moved in instead.

The club explored expanding the stadium but nearby housing prevented this so they looked at alternative sites in 2012. Following their failed Battersea bid, the club turned their attention back to the Stamford Bridge site. In 2015 they announced plans for a brand new 60,000 all-seater stadium.

The project, which will cost an estimated £500 million was approved by the local council in early 2017. Chelsea home to move into their new stadium for the 2021-22 season. During the works, they will have to play their home games at alternative venues with both Wembley and Twickenham being possible options.

Aston Villa supporters will be located on the East side of the Shed End Lower. Villa have sold their full allocation of 3,000 tickets.

The view is pretty decent and the concourses are clean and modern looking. The stewarding is pretty laid back so you shouldn’t receive too many issues in the stadium should you behave appropriately. There are TV screens on the concourse which usually show previous meetings and highlights at half time. 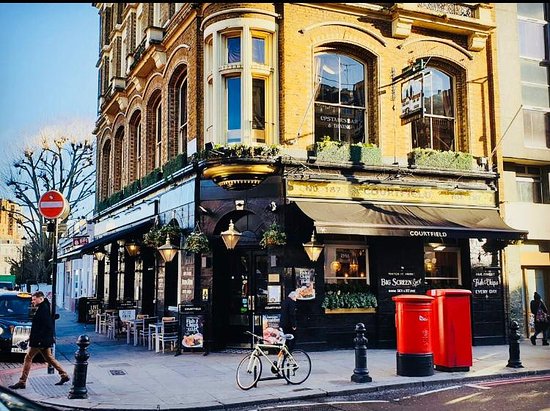 Away supporters are not recommended to drink close to Stamford Bridge. Fans tend to drink around Central London or around the Earls Court area.

The Courtfield, opposite Earls Court tube station is a particular favourite with away supporters. The pub is a classic Greene King pub and offers live sport and food.

Another option closer to the stadium is The Goose Pub on North End Road. It is roughly a mile away from Stamford Bridge. The pub is said to be reasonably priced by London standards and shows Sky Sports. It is advised that you don’t wear colours though.

Chelsea FC advises that fans do not travel to Stamford Bridge by car due to a severe lack of parking around the stadium.

For those who do decide to drive, take the M4 from the M25 into London. At Earl’s Court turn right into Earl’s Court Road and after about 1 mile, take another right, this time onto Fulham Road. You will then see Stamford Bright a few hundred metres up the road.

The nearest tube stop to Stamford Bridge is Fulham Broadway on the District Line. A train from Birmingham New Street to London Euston will take you around 2 hours. It will then take you a further 45 minutes to get across London via the tube.

Keep an eye on our Twitter page where we will try to post any updates on the trip to Chelsea as we get them.

A pre-season campaign in Australia followed by a victory over Rennes had...
Match Day

Comfortable win for Villa over Walsall as pre-season kicks off

Aston Villa returned to action as they kicked off their pre-season with...
Match Day

With all the excitement of Phillipe Countinho's deal being made permanent at...