They may have gone over budget and made their fans wait for it but they do say good things are worth waiting for. The new Tottenham Hotspur Stadium is regarded as one of the best modern-day stadiums in the world.

It has an impressive design with the fans thoughts and needs taken on board. With a capacity of 62,062, it is the second biggest in the Premiership.

You can view more information on the official Tottenham Hotspur Stadium guide.

Aston Villa fans will be housed in the lower tier of the North-East corner of the stadium. 3,000 fans can be housed here for Premiership games. The legroom and views are said to be very good. Sunlight may become a problem for those housed in this area of the ground so it might be worth taking your shades or a cap with you weather pending.

On entrance to the ground, fans will get their usual strip down. You will also have to go through a metal detector, similar to the ones you go through at an airport. The club is very strict with bags. All carrier bags must be clear. There is no drop off points for bags so you kind find yourself with a decision to make if your bag is rejected.

Inside the stadium is pretty much as you would expect from a new stadium. A clean look with plenty of TV screens scattered around. The toilets are said to be quite ‘posh’ compared to the standard toilets you find in a football ground.

The usual pies and sausage rolls are on offer. Alcohol is available inside the stadium dependant on the behaviour of fans. Drinks on offer include Amstel Lager, Bulmers Cider, Guinness, Wine and Ale. Prices range from £4.00 to £6.50. Keep an eye out for the impressive drinks machine. A pint is said to be poured in just 3 seconds!

The stadium is a cash-free stadium. Please make sure you have your card if you plan on making any purchases inside the stadium.

Despite being in the Capital, pubs are limited for away fans in and around the Stadium. Most of the pubs are for home fans only, with doormen and ask you to show your ticket. 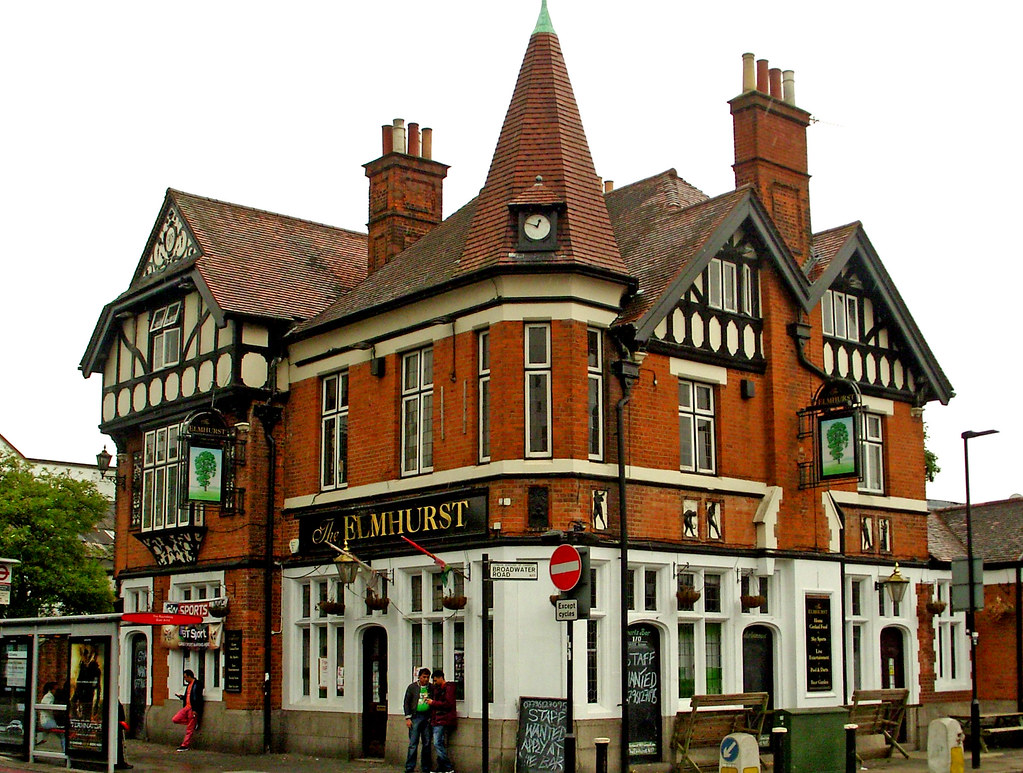 One option is the Elmhurst on Lordship Lane. It is the official designated away pub. It is around a ten-minute walk from the stadium (N17 6XE).

The pub is a large mock Tudor style pub with screens showing Sky Sports. It has your Tottenham meets Shortdige feel to it. There are table football and pool tables available to play but there is a chance they will be covered up on a match day.

The staff are said to be friendly and are happy to play music on request. You shouldn’t have to wait too long for a pint or two. Prices are considered decent by London standards and there is a garden out back for those who prefer some fresh air.

Another option is the Haringey Irish Centre on Pretoria Road. It is situated opposite White Hart Lane Station. There is a large hall set aside for away fans, showing Sky sports and the food and drink are said to be reasonably priced. This is a child-friendly pub.

Otherwise, we would recommend drinking around Central London and getting a train to White Hart Lane Station

HOW TO GET THERE

By Car: It will take you roughly two hours and 30 minutes depending on traffic if you are travelling from Birmingham.

By Train: White Hart Lane Station is the closest to the ground, however away fans are encouraged to use Northumberland Park Station. This is situated close to the away end of the stadium.

A train from Birmingham should take you on average, 2 hours.

Keep an eye on our Twitter page where we will try to post any updates on the trip to Tottenham as we get them.