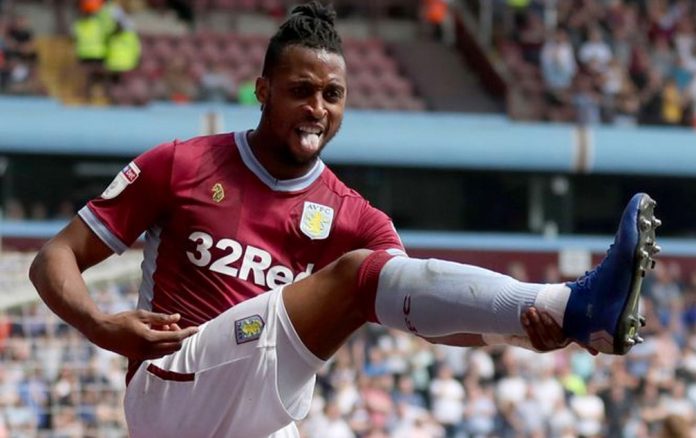 Aston Villa’s summer spending spree could be nearing an end with still well over two weeks of the window still remaining. A lot has been made of the number of players we have bought in but we shouldn’t overlook those already at the club. In particular, Mr Jonathan Kodjia.

The defence has been bolstered all across the backline. With deals nearing completion for Manchester City’s Douglas Luiz and Egyptian Winger Trezeguet, that should be about it for the midfield now also. The goalkeeping situation will probably also see a resolution one way or another with either Tom Heaton or Jack Butland coming in. Which just leaves the striking positions to be looked at. And to be honest, there isn’t much in the way of speculation going on in that department.

Neal Maupay has been linked with a move all summer long. Whether there is anything in it remains to be seen. Reports are indicating that Villa are stepping up their efforts to secure the services of the Frenchman. However, much like the goalkeeping position in which we are well stocked, our forward line also boasts plenty of options.

Improving quality rather than quantity

Defensively we were threadbare and absolutely had to strengthen. And we were light in midfield too. When it comes to attacking, it’s more a case of improving quality rather than needing to bring in bodies. 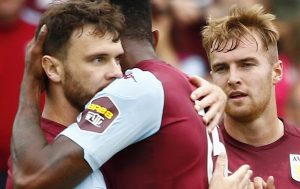 Wesley’s arrival was pretty much a direct replacement for last seasons loanee Tammy Abraham. The striker returned to Chelsea and pretty much quashed any notion of returning to B6. However, with Jonathan Kodjia, Scott Hogan, Keinan Davies and also Rushian Hepburn Murphy, there is plenty of competition.

The question is, of course, are these options good enough to make an impact in the Premier League?

I think there is still a big chance that Scott Hogan leaves the club this summer. A well-taken goal in last weekend’s friendly against Shrewsbury will likely only have put him in the shop window rather than earned him a reprieve. Although with once-likely destination Sheffield United having signed three strikers, that particular link appears to have died a death.

With Davies and Hepburn Murphy likely to be used sparingly at best, the real focus turns to Kodjia. And I think he is more than ready to step up.

Can Kodjia step up?

Kodjia has his detractors around Villa Park. Often tarnished as being selfish on the ball and going for glory when a pass is a better option is something that has dogged his career at Villa. But for me, Kodjia is a real threat and an excellent option to have.

Perhaps his biggest asset is his unpredictability. He’s tricky on the ball and has the skill to get out of tight situations. He twists and turns and it’s quite unlike any other player.

But he also possesses plenty of other qualities. He has plenty of pace, which is a necessity for Premier League football. I also like the variety of goals he scores. We’ve seen him make space for himself and fire in shots. He has scored goals from distance, he can work inside the area. And he is tall enough to be a decent target man. His hold up play is underrated.

Kodjia’s first season at Villa was a huge success. 19 goals in 36 games showed that he was clearly adept at Championship level. Especially having reached that same goal tally with Bristol City the previous year. Since then, it’s been an up and down couple of years for the £15 million signing. 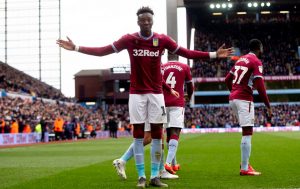 A broken ankle suffered in April 2017 saw Kodjia effectively miss most of the next twelve months. And last season, Abraham’s exceptional form saw the Ivorian used predominantly in a wide position. Kodjia still amassed a decent return of nine goals, including a thumping effort in the 4-2 victory against Birmingham City.

I personally feel that Kodjia could’ve done a similar job to Abraham last year if deployed in his favoured centre forward role. I think there is also a notion amongst supporters that he isn’t the same after his injury. For the record, he actually made 41 appearances last season; fitness isn’t an issue.

I’m not quite sure why there is a feeling that Kodjia isn’t quite good enough. He’s just had an impressive Africa Cup of Nations tournament, starring for Ivory Coast. And whilst the Elephants aren’t the team they were five years ago or so, it shouldn’t be overlooked the Kodjia is firmly the country’s first-choice striker at the moment.

As I write this I’m discussing the merits of the striker situation at Villa with my best mate and he has just made an excellent point. If Kodjia wasn’t already our player and we were being linked with him on the back of his AFCON showings, we’d probably be pretty excited about signing him. And he’s absolutely bang on.

We’d be straight onto YouTube looking at his highlight reel and with the emphatic and exciting goals that he has scored, we’d be absolutely raving about him.

After a career in the lower leagues in both France and England, Kodjia has worked his way up. Now approaching his 30th birthday, this is his chance to play in the big league. Whilst it looks pretty clear that Wesley will be Dean Smith’s starting choice, I think Kodjia will be chomping at the bit to capitalise should the Brazillian encounter a slow start.

I think Kodjia is capable of scoring goals if he is given the chance to and played in a strikers role. And I do think his presence shouldn’t be overlooked in the clamour to bring in another striker.

He’s a great option to have and I think he definitely has the ability to surprise a few people this season and prove a few people wrong.

From Bruce to Smith, a footballing chasm