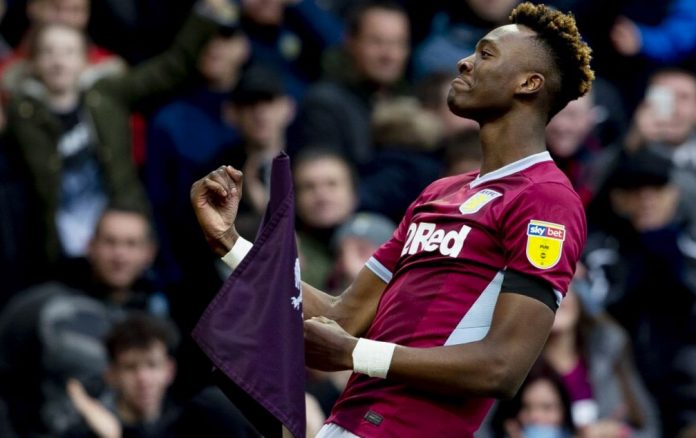 With another injury forcing Andre Green out of action, Anwar El Ghazi came into the fold. Glenn Whelan also got the nod ahead of Birkir Bjarnason. Since Yannick Bolasie cut ties with the club, Albert Adomah also started on the left flank.

After only a few minutes It was that same area of the pitch that saw Villa get ahead of Paul Lambert’s men. Conor Hourihane’s perfect delivery from the wide area found Abraham yards from goal. The league’s top scorer cushioned the ball beyond goalkeeper Bartosz Białkowski. Whilst the Pole could have closed the gap on Abraham before he finished, take nothing away from Hourihane’s cross into an area that all lethal strikers thrive off.

Moments later, Villa and Adomah thought they’d doubled the lead. John McGinn gave Cole Skuse the slip on the half turn and unleashed a venomous strike at Białkowski’s goal. The shot was parried away but not from immediate danger. The ball fell as Adomah finished well at an acute angle, all before the linesman ruled the Ghanian offside.

Coming into the side and eager to stake his claim to Dean Smith, Glenn Whelan justified the manager’s selection. The Irish-man did well to break up play in the middle of the park before using Adomah on the wing, who then switched across to Abraham. The in-form forward had to shift the ball onto his weaker side and struck towards Białkowski. His strike lacked any sort of power and failed to trouble the Ipswich goal.

A bright start to the second half 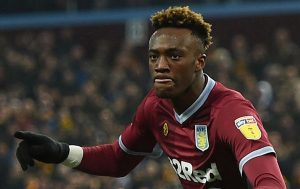 After proceedings calmed down towards the end of the half, the hosts picked up as they started the first in the second period. Alan Hutton recycled some poor Ipswich defending. The Scot fired across the box to his countryman McGinn but he could only stab over the top of the bar, to his own frustration.

Although, McGinn did put his mark on the game minutes later. He fell under Alan Judge’s challenge in the box. Abraham cooly slotted into Białkowski’s right-hand corner to all but confirm three points for the Villa.

We never make it easy though. Without a clean sheet since making the trip to Swansea City on Boxing Day, Smith will be gutted Freddie Sears’ wonder goal chalked off such a rare fete.

Picking the ball up 20 yards from goal, Sears shifted the ball onto his stronger right side before belting it into Kalinic’s top corner. There was nothing that the six foot seven goalkeeper could do to prevent Ipswich getting their 23rd of the campaign.

The away side where convinced they were denied a clear penalty after Tommy Elphick seemed to have handled the ball with his hand. Trevor Chalobah came even closer to levelling the scores in a nervy period for Villa. He connected with Judge’s free-kick to flick onto the far post.

Fighting for all three points, Smith was looking to do that with a third goal. It was also Abraham who should’ve bagged his third goal. Ahmed Elmohamady cleverly left Hourihane’s cross from the left side. Abraham looked certain to claim his 20th of the season but Białkowski blocked his effort at the back post.

Villa will now to travel to third-bottom club Reading, in another must-win game.

Brighton 1-1 Villa: Grealish to the rescue