Aston Villa made it three wins and three clean sheets on the bounce with a comfortable 4-0 win over Ipswich Town at Portman Road this afternoon.

Ipswich started bright and could have taken the lead early on when Grant Ward crossed the ball from the right and it fell to Myles Kenlock just outside the six-yard area and with what looked like a simple tap-in he could only put his shot horribly wide of Sam Johnstone’s goal.

It was Steve Bruce’s men who went ahead though when Lewis Grabban turned Jordan Spence on the edge of the box and his goalbound effort deflected off Cole Skuse and hit the post before rebounding out for Conor Hourihane to score.

Ward was once again a problem for Villa just moments later when his link-up play with Bersant Celina led to an Ipswich corner. Skuse picked out Cameron Cater-Vickers from the resulting corner but he could only head his effort over the crossbar.

Things got harder for the Suffolk side three minutes before the break when Ward was given a straight red card for catching Neil Taylor high up on his leg leaving the referee with no choice. 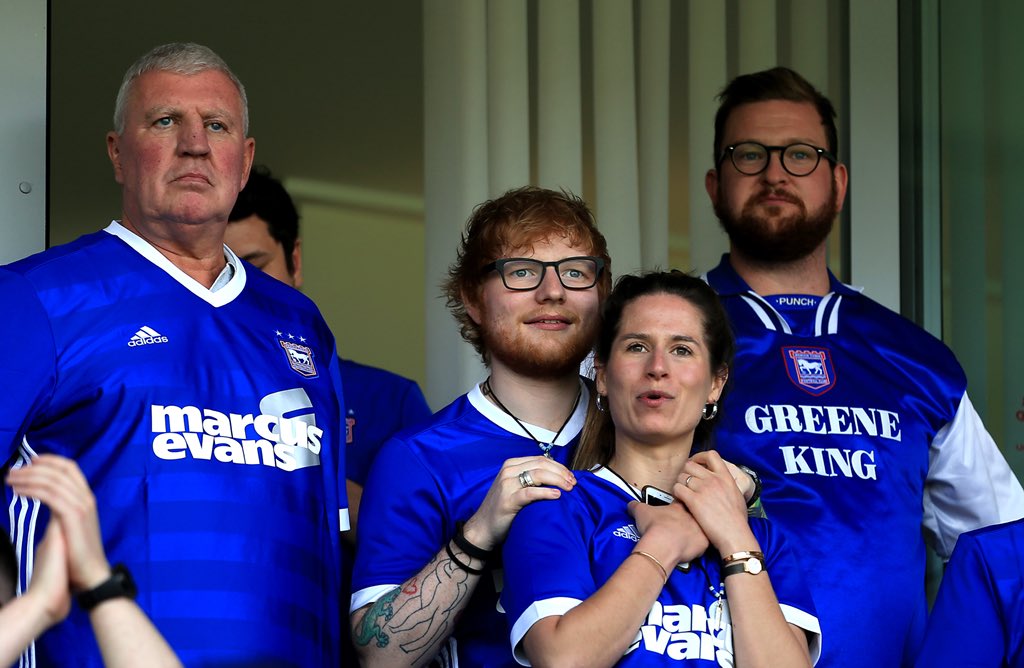 It was all Villa in the second half and they could have doubled their lead after 49 minutes when Kenlock lost the ball just outside the Ipswich penalty area but Birkir Bjarnason could only shoot wide of the right-hand post.

The away side did double their lead three minutes before the hour mark. Grabban turned Jonas Knudsen in the Ipswich penalty area to shoot home.

Grabban then scored his second of the afternoon and Villa’s third when the Ipswich defence got into a mix-up and allowed Josh Onamah to square the ball for the on-loan Bournemouth striker who gave the Ipswich keeper Bartosz Bialkowski no chance.

Villa completed the rout with 8 minutes left on the clock when substitute Henri Lansbury was able to get on the end of a cross from Bjarnason to head home.

Scott Hogan, another sub, should have made it five in injury time but he could only shoot high over the bar.

Bruce’s men seem to have hit form at a time when he is also resting players, preparing for the playoffs. Let’s hope we can continue and carry this form into the playoffs. Everything is still there to play for.

Next up for Villa is Derby County at Villa Park next weekend.

Arsenal 0-3 Aston Villa – ANOTHER clean sheet on the road