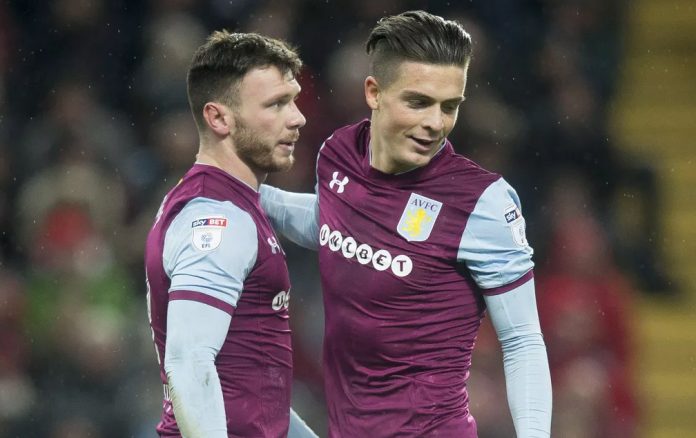 Dare I say it? Aston Villa are going up! I will only say it under my breath because we still have 18 ‘cup finals’ to go and we know how unpredictable Villa can be but another win makes it four on the bounce, this time against Barnsley. Most

Birkir Bjarnason was the only change in the team as he replaced Glenn Whelan after impressing when he was introduced from the substitute bench against Nottingham Forest last weekend.

Most football previews predicted a home win but a pulsating start to a game that sore four goals in 19 minutes it was the home side who got off to a quick start.

Republic of Ireland striker Scott Hogan made it three goals in three games when he converted a pass from on-loan West Ham winger Robert Snodgrass.

Barnsley didn’t know what them when Villa doubled their lead just two minutes later. Snodgrass and Hogan linked up again, this time from a corner that the former Brentford man was able to head home.

The deficit was halved on 11 minutes when Dimitri Cavare arrived to meet a Barnsley corner with a bullet header, his first for the Tykes in the Sky Bet Championship. 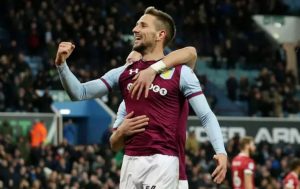 Just eight minutes later and there was a fourth goal of the game and it was a former Barnsley hero who scored it. Jack Grealish was able to workspace well by beating three Barnsley defenders to lay off Irishman Conor Hourihane who slotted the ball into the bottom corner.

Although that was it for the goals, the chances continued to come thick and fast in the first half for both sides. Barnsley’s Brad Potts was denied by Sam Johnstone while Grealish watched on as his 20-yard effort was thwarted by a stretching Adam Davis.

Barnsley changed their tactics in the second half by reverting to a back four and introduced Adam Hammill to the fold.

The game remained wide open but it was the away side on top as the home side looked lethargic and lacked any look of intention.

Kieffer Moore caused problems for James Chester all afternoon as his height was a constant problem and he came close but his low striker was denied by Johnstone near the left post.

The home side had two golden opportunities also that would have all but killed the game. Hogan was denied his hat-trick by the woodwork and Hourihane hit a wonderful chance wide.

Villa may have had to react more had Barnsley been better in front of goals as they wasted a few chances of their own but in the end, Steve Bruce’s men did well to hold on to their two-goal lead and come away with all three points.

Another wonderful performance from the magic Grealish as he continues to impress and cause problems for the opposition. Villa now has a 10-day break before their next game so it gives them time to re-energise their batteries as the next game up is a difficult away trip to Sheffield United.

Steve Bruce: “I am pleased for Scotty because there is no doubt he has had some dark times. He has had three or four injuries, but after scoring a goal against Bristol City (on New Year’s Day) he has come alive. He has only been at Villa for a year and we judge people in football after six weeks, which is unfair.”

Paul Heckingbottom: “The writing was on the wall when we went two goals behind in the first half. Besides giving Villa too much respect, the goals we conceded were shocking and we were up against it from the start. We had four defenders back and Hogan got between two of them to score the opening goal and he was the smallest man in the box when he scored the second. We had a chance for their third and if we make such mistakes we are going to be beaten.”