Aston Villa joins the FA Cup this weekend when we take on Peterborough at Villa Park. Steve Bruce is expected to make several changes so I will take a look at some of those who could feature.

Bruce has openly stated that Keinan Davis, Andre Green, Rushian Hepburn-Murphy and Callum O’Hare will all feature in the game and I am personally excited to see them feature.

Davis has had a little run in the side this year but has been ill recently so I am sure he will be raring to go upon his return and show the coaching staff why they should pick him over Scott Hogan who had a fine game against Bristol City.

Despite making 21 appearances in League and Cup this year, the former Biggleswade striker has only managed 2 goals and 1 assists so he may look at this game as an opportunity to improve that side of his game. 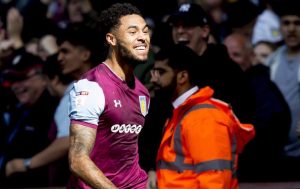 Green is another player returning from injury after an operation on his hamstring has ruled him out for several months. The winger has been back in training for a couple of weeks now and Bruce has said he would be ready for the Cup game.

The winger has shown a lot of promise in his short career in the first team so far and has shown signs that he could have a big future ahead of him.

Hepburn-Murphy has been given some game time recently where he came off the substitute bench in the games against Middlesborough and Bristol City, where he got a deflected assist to help set up Conor Hourihane.

There has been a lot of talk about the young striker for a long time and big things are expected of him but injuries have held him back. He will look to make an impact here and of course, stay fit.

The last player that Bruce listed was O’Hare. The young attacker has impressed when given the chance and has been banging them in for the under 23s this season.

O’Hare has made seven first-team appearances this season and has been impressing every time he has entered the field of play. In particular, his link up with Scott Hogan was great when they started 3 times together in the Carabao Cup this season where Hogan tallied up 3 goals in the competition.

O’Hare has mainly been playing behind the striker in the first team but has also played on the wing and up front for the under 23s team.

As well as the much-publicised return of John Terry other players like Aaron Tshibola, Ritchie De Laet and James Bree could all get an opportunity to feature on Saturday.

Tshibola had his loan terminated by MK Dons midway through the season due to poor performances and bad attitude. The midfielder has a lot of energy about him and is a strong player too.

De Laet picked up a very unfortunate injury at the start of the 2016/17 season which resulted in him in missing the whole season. Since his return, he has struggled to secure his starting place back, although he has looked fit when substituted on and has recovered well since his bad injury and is expected to start against Peterborough.

Bree is a young right-back with a lot of potentials but has struggled to make any real impact since his move from Barnsley despite clear frustration on his social media accounts. He could use the Cup game to prove himself to both the manager and the Villa fans.

Of course, everyone reading this has their own thoughts on possible so-called weaker/younger lineups and I am confident that should we pick the right mix of players we can pull through and put our name in the next round of the Cup.