Aston Villa will be looking to finish off their lacklustre season when they host Brighton and Hove Albion on Sunday at Villa Park. 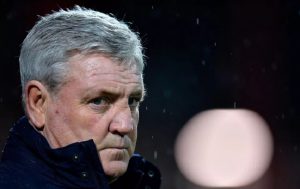 when it became certain that they could not make the Championship Play-Offs.

With the summer set to be another big one at B6, this game could well be the last chance for some players to show that they deserve to continue their careers at Villa Park.

For the visitors, their season has been a complete contrast to the Villans. They have played magnificently well all season and thoroughly deserve to lift the title after responding so well to their promotion heartbreak last campaign.

Manager, Chris Hughton has proven why he is so highly rated and he will be able to call on Sam Baldock again for the visit to Birmingham.

The striker has missed the last seven games with a glute injury and the return of the 11 goal striker will no doubt delight Hughton.

Shane Duffy and Connor Goldson will both be missing though through a fractured metatarsal and a heart condition respectively.

For the Villans, the defeat to Blackburn Rovers last weekend came at a very big cost. Star striker, Jonathan Kodjia suffered a broken ankle and will be missing until at least a few games into next season.

Mile Jedinak is also set to miss out as he is not yet recovered from a groin injury and with nothing to play for the Australian isn’t going to be risked by Bruce.

Tickets are still available for the clash with Brighton from the Villa Village Ticket Office before the game with the below prices:

You can get involved with the build-up, match chat and discuss the outcome on our forums by clicking here.