Home Matchday Away Days Burton Albion away: Who’s drinking where?

Burton Albion and the Pirelli Stadium

Burton Albion play their home games at the Pirelli Stadium on Princess Way in Burton Upon Trent, Staffordshire, England. It has been the home of the Bees since 2005 when the stadium was built, replacing the club’s old home, Eton Park. 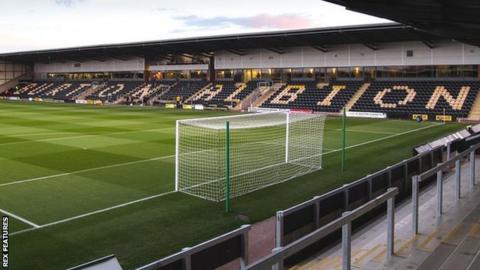 The name of the stadium comes from Pirelli UK Tyres Ltd when they donated the land to the club in return for naming rights. The ground was built on the former site of the Pirelli Sports & Social Club and cost £7.2m to build.

Visiting supporters are usually housed in the East Stand Terrace behind the goal and hold up to 1,200 fans. An extra 200 tickets can be made available in the main stand should the club allow it.

There are no pillows so the view will be decent and they have pretty good facilities. The food has a bit of a reputation and I am told the ‘famous’ Faggots and mushy peas (£3.20) are well worth trying.

There is also a bar in which away supporters can sit inside. TV screens show Sky Sports News and live coverage of the match. The bar is open until 15 minutes after the second half has started depending on police recommendation.

Where can I get a pint pre-match?

The Beech Hotel welcomes away supporters and can home up to 1,200 fans. The pub is around a 10-minute walk (from the ground) up the Derby Road on the left.

The Beech will be open from 11am and the postcode for those driving is DE13 0DL.

Some pubs in the town centre will allow small groups of away supporters but door staff are known to be very selective. The Weatherspoons will open at mid-day and are also said to be very strict.

I am driving, where can I park?

Parking is available at the Pirelli Stadium for £5. Parking is also available on Beach Avenue for £3. Be careful if you choose to park on local side roads as the local authority will look to penalise anyone they can.