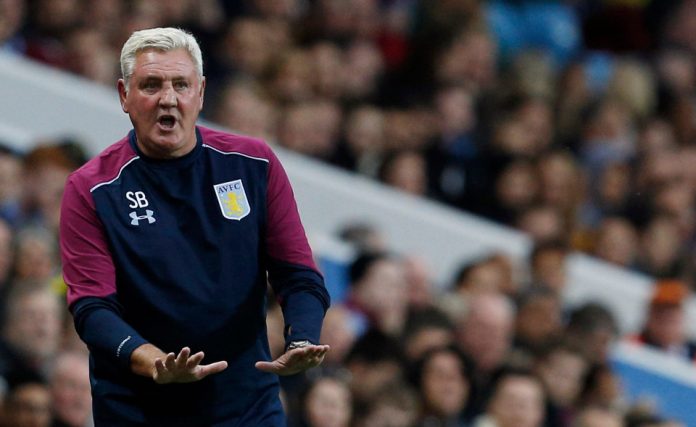 At the risk of writing a knee-jerk reaction piece, I am aware that the Villans have just endured a 1-0 loss to Cardiff City. Before the game I said that I was confident of improving our away form in Wales, which in turn was crucial to any hopes we had of making the play-offs. After yesterday’s performance and result, I am now only confident that we won’t make it.

It isn’t just today’s result that makes me think that. One result doesn’t determine a season. However, yesterday afternoon’s lacklustre effort encapsulated all of the reasons why I think we will fall short.

Part of the reason I felt that a good result was achievable in Cardiff was because I thought Jonathan Kodjia was in line to play before departing for the Africa Cup of Nations. In actuality, the Ivorian was not available for selection. Perhaps even more significantly, Mile Jedinak was also missing through illness. This meant that our midfield consisted of Ashley Westwood and Gary Gardner playing as two sitting midfielders.

Herein lies the big problem: our squad simply isn’t good enough. Specifically, the midfield is laughably weak. Neil Warnock can’t have believed his luck when he saw the lightweight centre of our side. At the moment, there is no depth or other options. Aaron Tshibola is a player I really like the look of. Despite coming on against the Bluebirds at half time, we’re still not really sure that Steve Bruce rates him and the former Reading youngster can’t be expected to suddenly make the difference to the side.

Similarly, in attack, Kodjia is the only player who looks capable of scoring regulalry. And with Ivory Coast favourites for the AFCON tournament, he could be gone for the next month or so. Our second top scorer, Rudy Gestede, is close to leaving to join Middlesbrough. Ross McCormack, despite being an intelligent player, isn’t doing the business in front of goal. Jordan Ayew is also departing for AFCON, although he is not a reliable source of regular goals either as being played out of position doesn’t help him.

Despite all this, the rumours of incoming players do not fill me with much hope. A replacement for Pierluigi Gollini in the shape of Sam Johnstone is baffling; I just do not understand the idea of replacing a youngster with another youngster. Carl Jenkinson is apparently all but confirmed as a loan deal, which would help to give stability at right back and see Alan Hutton out of the side. However, there are Jordan Rhodes rumours which keep circulating that I worry about. We do not play to the player’s strengths and he is not cutting it at Premier League level, which is something we need to seriously be looking at in players if possible. It isn’t enough to look at people’s scoring records. We have strikers who have scored twenty odd goals a season here already at this level. We may as well have kept Rudy Gestede for all the difference Rhodes would make to us. We need to look at how players would improve us.

Newcastle United is one club rumoured to be monitoring Callum Wilson from AFC Bournemouth, which would be a fantastic signing. He has scored goals at the top level and, more appealingly for me, he is quick, powerful and would help to stretch a game, which is something needed. If there is any chance of him leaving then we should be fighting to get him.

The squad is one part of the problem. There are certainly question marks over Steve Bruce also. I’ve already said previously that I think Bruce has been somewhat fortunate at Aston Villa Football Club. Six penalties have been awarded to us so far in his tenure of fourteen games. Five of those were converted and have helped to mask our deficiencies to a large extent and to preserve a decent record since he took over.

I completely understand that Bruce can really only be judged after being given a chance to shape the squad himself. Nevertheless, the fact remains that some of his decisions are quite alarming and even naive.

Yesterday offered a perfect example. Every single Villa fan knew that starting the game with Westwood and Gardner was a mistake, especially against a Neil Warnock side that employs physical tactics. Whilst the hosts’ goal was scrappy and the result of not clearing a corner, the first half performance was so disappointingly flat that it was a joke. We were overrun. Bruce should have known that would be the case. Everyone else did. Bruce may not have had many options in terms of personnel but Tshibola was clearly a better option to start.

Similarly, the persistence with Gabriel Agbonlahor is beyond ridiculous. I was all for giving the player a chance to regain fitness and try to prove his worth. After all, we’re paying his wages so he should earn them. Bruce’s faith in the Villa veteran has simply shown the extent to which he falls short these days so to persist is madness when he is blessed with a young and hungry Rushian Hepburn-Murphy waiting to be given some playing time instead. When he had Jordan Ayew holding back from departing for AFCON, playing Agbonlahor was daft.

We have scored a pathetic twenty-six goals in twenty-five games this season. It is clear where the problem lies. Although Bruce should really be judged after the January transfer window, by now he should at least have found some way to create a bit of a spark in our play. After all, the majority of the players available to him should be good enough at this level. Albert Adomah and Jack Grealish are creative players. I liked the look of Andre Green at the beginning of the season and would include him in the squad more.

Results at Villa Park have been good yet our away form is an embarrassment. With the level that we are playing at, we should have scored more than seven away goals by now. We should have more than two away wins in twelve games. I don’t like to use the ‘we’re Aston Villa’ card and I’m well aware that we are not the club we once were by any stretch of the imagination but, with the players we have available, it is a disgrace. Bruce hasn’t done enough to improve our fortunes on the road. Performances against Leeds United, Norwich City and Cardiff City under his stewardship have been three of the most disappointing of the season so far. Showings against Brighton and Hove Albion and Birmingham City were better yet on both occasions we gave up a lead, which Roberto Di Matteo was vilified for.

For me, there is too much that needs rectifying for us to reach the play-offs. We are certainly on the right lines after the debacle of last season and progress is being made. However, the away form is so poor that it is hard to see that turning around completely as it would need to do. Our home form has kept us in contention. We may continue to hover around six or seven points from sixth place for the foreseeable future but in this division that gap isn’t particularly easy to make up.

Bruce has some work to do. Figuring out a system that allows some fluidity into our play is crucial. The players he brings in will determine how successful he is in that regard. The likes of Westwood, Gardner, Hutton and Agbonlahor need to be moved on somehow as they do not improve our team whatsoever. A commanding goalkeeper is needed rather than a youngster. An experienced midfielder who can control the game needs to be identified quickly.

Despite an improvement under Bruce, he needs to up his own game also. The transfer window will help to shape us, but the play-offs look like a step too far right now.