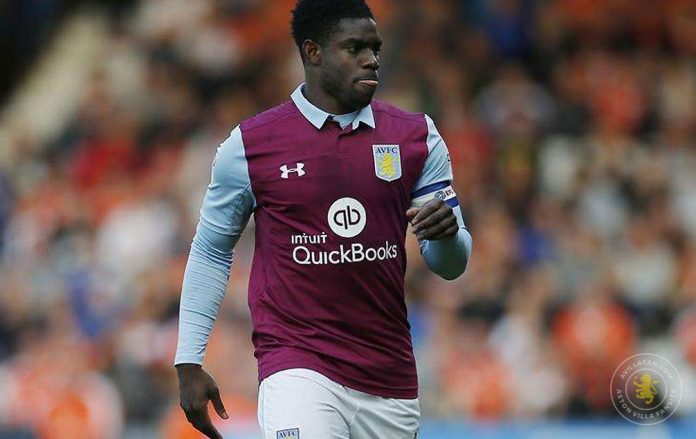 This week, it has been reported that Micah Richards, our captain last season, could be making the move to newly promoted Hull City.

It was reported in The Daily Mirror that Richards’ services are being sought to boost the Tigers’ threadbare squad. Considering that Richards can’t get into a relegated Aston Villa side, it’s hard to believe that he would fit into a Premier League one. However, it seems that Richards, who is thought to have a £5 million release clause in his current contract, has been given a perfect opportunity to restart his career with Hull City. It’s a win-win situation, with Di Matteo trying to get rid of dead wood and Hull City’s caretaker manager, Mike Phelan, in desperate need of players with Premier League experience.

Richards’ career at Aston Villa didn’t get off to a good start. Apart from the opening day win against Bournemouth with Tim Sherwood at the helm, Richards never really experienced the joy of being in a Villa side that could compete at the highest level.

His personal highlight for Aston Villa was probably when he scored against Watford at Villa Park. His goal wasn’t brilliant but I think we can remember his celebration, running back towards the half-way line, screaming his head off and jumping up and down, moving his hands to try and lift the whole of Villa Park. It worked, at least until Watford scored to win the game.

When Garde took charge, things went from bad to worse for the former Manchester City man.

I really wish Richards could have become a Villa hero. Unlike Lescott, who is still at the club having failed to agree terms with Rangers, I believe Richards does have some fight in him, although he failed to inspire the Villans he was meant to lead last season and didn’t help himself at times, reacting angrily to criticism.

Day by day, Aston Villa Football Club is becoming stronger. The signings brought in ealier in the window are really starting to show their worth and, with the arrival of Ritchie De Laet and with Mile Jedinak yet to make his debut, it is time to feel more positive with the work the board is doing. Now that we have much better players in his place, including a much better captain in Tommy Elphick, there is a new team spirit, meaning Micah Richards won’t be missed at Villa Park.

The rebuild to continue at Aston Villa

Hogan is a wanted man