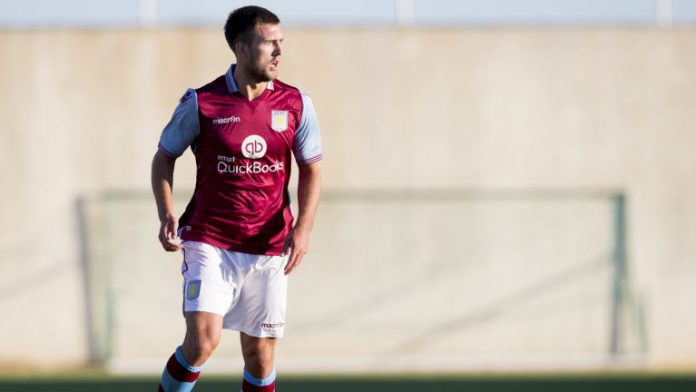 With the transfer window opening yesterday, there are five weeks until the start of the 2016-17 Championship season. That’s five weeks for Roberto Di Matteo to get the majority of his squad ready for coming season.

In the Championship, managers need players who are up for the weekly physical battles throughout the gruelling season. What every manager needs is players who know how to control games from the middle of the park. They need leaders who can demonstrate great ability whilst being able to help team-mates perform to their best.

A player who would have been perfect for us in the Championship in his prime was Stiliyan Petrov. The former Villa captain is training with the first team squad during the pre-season campaign and, if he shows that he has the ability, I have no doubt he will be offered a short term deal at the club. Whether Petrov will be able to show the same ability he had before his battle with leukaemia remains to be seen. Nonetheless, four years after his devastating diagnosis, it is great to see him back in the set-up, where he should prove a real inspiration to the younger players currently in the squad.

A player who could be perfect for Villa in the Championship is another former captain, Gareth Barry. Although Barry left the club on bad terms with a lot of fans seven years ago, time heals and I am sure that most Villa fans would be delighted to see Barry in a Villa shirt again. Although he is now thirty-four, Barry still has a great ability to link up play going forward whilst also being very combative when his side doesn’t have the ball. In the Championship, Barry’s experience could be perfect for Villa and he wouldn’t be a bad signing for Di Matteo this summer.

A player who has been released this summer who could do a job for Villa is Leon Osman. The Everton stalwart saw his contract with the club end this week and he is now a free agent. Although he is thirty-five, Osman could really offer a lot next season. He is someone who has plenty of experience in English football and, like Petrov and Barry, could offer lots of sage advice to the younger players at the club.

It’s not all about who Di Matteo gets in but also which players he keeps. When it comes to the midfielders, I have to think that Ashley Westwood could really suit us in the Championship and that keeping him would be a real bonus. There are rumours that Sean Dyche wants Westwood at Burnley. Although he was a part of our worst ever team, Westwood gave his all last season and many would be disappointed to see him leave the club.

Gary Gardner has a big season coming up. It may, finally, be his breakthrough year in claret and blue, despite the fact that he is now twenty-four years old. Gardner has had a lot of bad luck with injuries but was fit enough to be loaned out to Nottingham Forest last season. He did well during his spell at Forest and that experience of the Championship could really help a Villa side new to the league and focused on promotion next season.

The midfield is going to be a critical area next season if the Villans are to have any chance of getting promoted. Thankfully, Roberto Di Matteo has a few weeks in which to assess those currently at the club and to sign some new faces, ready to do battle with the Owls on August 7th.