After last week’s 0-4 drubbing at the hands of a lacklustre Chelsea side, relegation for Aston Villa will become a certainty if certain stipulations are met. If the Villans fail to beat the Cherries this weekend and Norwich City beat or draw with Crystal Palace then Aston Villa’s status as one of the Premier League’s ever-presents will come to an end. Most fans aren’t really shocked at what’s to come because our team has been sleepwalking to relegation for the last couple of years.

The Cherries will travel to B6 in the search of three points, as well as revenge for Villa’s opening day victory this season.

Gabriel Agbonlahor looks set to be absent again after caretaker boss Eric Black confirmed that the striker called in sick this morning. Last week he was suspended by the club, pending an internal investigation.

Alan Hutton will also miss the game due to suspension. He received a red card last week against Chelsea, after receiving two yellow cards for needless challenges.

The good news for the Villans is that Libor Kozák  is now fit again and will look to feature in tomorrow’s game. The striker has been struggling with a knee injury for the last two months or so.

Adama Traoré and Jack Grealish are both fit, with the wingers both having played in the U21 game a few days ago. They will be looking to start the game against AFC Bournemouth but it all depends on how adventurous Eric Black will be on match day.

Benik Afobe, who has made a big impact after signing from Wolves in January, has been ruled out for a month with a hamstring strain.

Midfielder Harry Arter looks set to miss out with an Achilles problem.

Adam Smith is a major doubt with a hernia problem.

The good news for Eddie Howe is that Callum Wilson is back in training and may feature near the end of the season. The striker has been sorely missed by the Cherries, after making big strides in the Premier League at the beginning of the season. 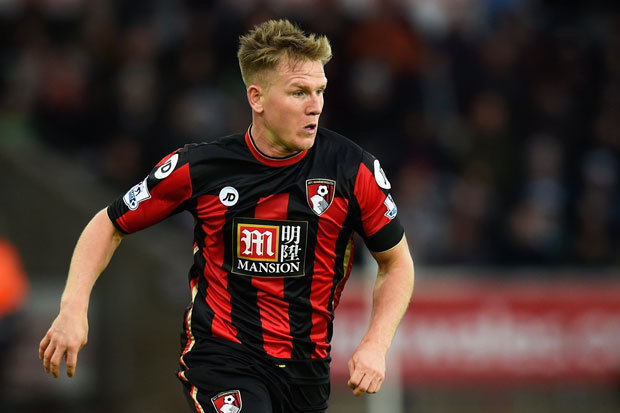 AFC Bournemouth is a team that doesn’t really rely on a single striker scoring: as a team, there are players all over the pitch who are able to chip in with a few goals. Callum Wilson is still the team’s leading scorer in the league with five goals, despite the fact that he was ruled out for months since late September because of injury.

Benik Afobe has had a big impact since signing, although he has also been ruled out for a month.

The player I feel Villa need to watch out for is Matt Ritchie. The Scotland international has found some form in recent months and it’s no surprise that the Cherries are near enough safe from relegation, which coincides with Ritchie’s upturn in form. The winger has scored three goals and has got six assists in the league so he will be one to watch out for. He’ll be able to create some chances for his side and it’s important that Aly Cissokho doesn’t give him too much space to be able to influence the game.

The Villans have lost seven games in a row for the second time this season.

The Villans have only won once in the last five home games, beating Norwich City in a 2-0 win (L L L L W).

Bournemouth’s away form has been even better, with three wins, one loss and a draw (L W D W W).

A solitary début goal from Rudy Gestede was enough for Aston Villa to take all three points when the teams met on the opening day of the season at the Vitality Stadium.

The Villans also faced Eddie Howe’s men in their march towards last year’s F.A. Cup final. They emerged out 2-1 winners thanks to goals from Carles Gil and Andreas Weimann when the teams met in the fourth round of the knockout competition in January 2015.