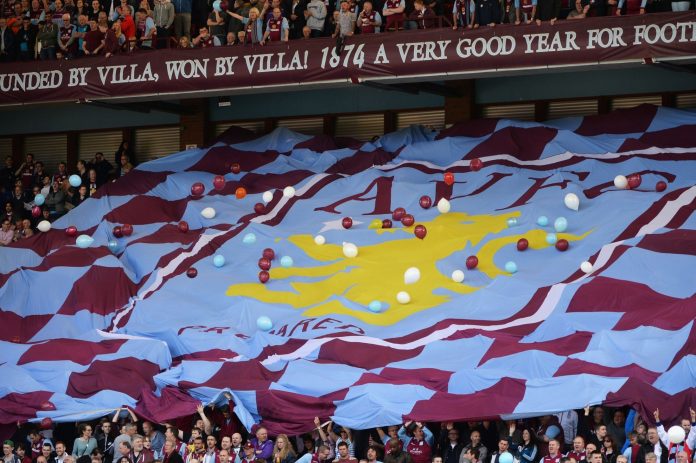 The loss against Watford on Saturday was another bitter blow to Aston Villa’s survival chances. However, the Villans’ performance still gave me hope that they may still be able to get out of the mess they are currently in.

Call me a hopeless optimist but I saw signs of a team that has the quality to stay up. With confidence so low at the moment, it is clear why we are the bookies’ favourites to go down this week. After fourteen games, the Villa boys only have five points on the board and are now seven points from safety.

With Sunderland picking up points against Crystal Palace and Stoke City, it seems the new manager effect has hit the northern side, allowing the Black Cats moved a few places up the table. Newcastle United and A.F.C. Bournemouth, however, are still struggling and now find themselves as real relegation candidates, along with Aston Villa and Norwich City. Surprisingly, the Swans’ poor form has continued and now Garry Monk’s team has unwillingly been added to the list of relegation contenders, with Monk expected by many to be the next Premier League managerial casualty.

On Saturday, we were unlucky. Did we defend badly? At times we did but not badly enough to warrant conceding three goals, in my opinion. The first goal was a bit of a joke, with the ball bouncing around all over the place in the box. When it was finally half-cleared by Sánchez, it landed straight on the boot of Ben Watson, who struck a good volley towards the goal. Ciaran Clark did his best to block it but the power of the shot made the ball glance off his chest and straight into the path of Ighalo. The Watford striker found himself on-side, thanks to Kieran Richardson’s slow push up after the attack, and put the ball away with ease, something he has been doing regularly this season.

The Hornets’ second goal was a joke. Alan Hutton, a player I feel had a very good game, was unlucky to poke the ball into his own net after a rather innocuous half-chance for the visitors. Both Clark and Hutton were challenging for the ball in our area when, suddenly, Hutton saw an opportunity to get the ball away. Unfortunately, he found the bottom corner of his own net while doing so. This goal was such a kick in the teeth because at that point it looked like the hosts were in control and putting a lot of pressure on Watford.

Watford’s third goal, which ended up being the winning one, also came courtesy of a big deflection after a good block from Micah Richards. The ball looped over towards the back post and Birmingham City fan Troy Deeney rose higher than Richardson and Clark to head the ball past Guzan. Again, deflections and bad judgement led to the Villans conceding, suggesting it is true that when you’re down there at the bottom, your luck just goes from bad to worse.

Fortunately, I did see signs of improvement in our attacking play. Micah Richards finally scored for Villa after seemingly getting into great positions for us this season in the opposition penalty area. The goal he scored on Saturday was probably the hardest opportunity he’s had to score: he’s has much easier chances and missed in the last couple of weeks. It was a great header to put Villa back on level terms, and his celebration also made the Villa fans crank the noise up a decibel or two. The ball from Jordan Veretout was brilliant as he picked out Richards. Perhaps the hosts did get a tad lucky as on second showing Richards was deemed slightly offside. On the balance of things we deserved to equalise.

Jordan Ayew then had a glorious chance to put the home side ahead when a shot from Veretout after a corner fell to the feet of the Ghana international. His snapshot just went wide of the post. He then engineered a flick-on to the back post from another corner which Ciaran Clark just couldn’t get to soon enough and that also went wide. Had those goals gone in, we would obviously have been in a much better position.

Ayew did get a late goal to make the game seem closer than it was, scoring with a thunderous shot just on the edge of the box that gave the goalkeeper no chance. I have to stress this: if we are to get out of the mess we are in then Jordan Ayew is going to be instrumental. Since he signed for the club, he has improved ten fold and is looking like Aston Villa’s biggest goal threat. He really does seem to have it all – great footwork, strength and an eye for a finish. We can certainly hope that Ayew will be able to fire Villa up the table.

Another plus point was that Adama Traoré finally made another substitute appearance and immediately had a positive impact. At one point he picked up the ball on the half-way line, ran past three Watford players with pace and skill, only to be fouled by a fourth Watford player as he threatened to attack down the middle. If we could get this lad playing to his potential then we could have found our next big thing.

Next up, we have Southampton. The Saints aren’t actually having the best of times themselves but are always a threat, as we’ve seen before. Hopefully, we can stand up against them and get a good result. Remember, with two wins our outlook will be so much better.

Run in: The Numbers