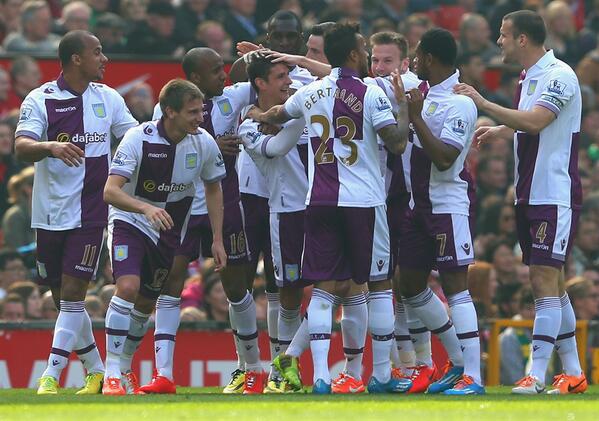 I know that the majority of Villa fans would rather different kinds of awards were handed out this year and the ‘Player of the Year’ seems to be a myth for Villa this season but the reality is the awards ceremony has to go ahead.

We are now approaching the end of the 2013-14 campaign and the Villans have yet to secure their Premier League safety. That statement alone suggests that no player should be handed the ‘Player of the Year’ award.

The position of such a huge football club at this moment in time is a major concern, with proclamations of ‘The Villans are too big to go down’ and ‘Villa should be in the upper echelons of the league’ on endless repeat.

With the Villa team losing a record ten home games for the first time in Aston Villa Football Club’s history and with performances that have meant we deserve to be in our current predicament, it is very difficult to pick a stand-out performer.

However, who is realistically in contention to take the crown?

Fabian Delph is a player who has shown tremendous ability. The midfielder has taken a step up in his career this season, which has led to whispers of an England call-up. His energy and work ethic are vital for the team and he has shown he also has a goal or four in him – three of which have been vital. There is no question that he will be in the running.

When missing, the team look lost without captain Ron Vlaar. His presence at the back certainly helps. However, there have still been major concerns about the defence again this season. On his day, there is no doubt that the skipper is a real asset to the team and some performances this season have highlighted his importance but his performances in recent weeks have seen his chances slip.

Leandro Bacuna started the season superbly with some spectacular set-pieces and exceptional versatility, which most certainly put him in the running. The Dutchman has taken the opportunities in his stride and has performed solidly at times whereas his performance in other games have made him look poor. It isn’t easy coming to England and adapting as well as he has done, which is why compliments should be passed on. For my first ever avillafan article back in August, I predicted that Bacuna would be a dark horse to take the crown and I still think that is the case.

If Marc Albrighton had started the season free from injury, stayed at Villa and performed the way he has done in recent weeks then perhaps he would also be in contention.

Who gets your vote? Let me know by leaving a comment below.

Emiliano Martínez has big plans for life at Villa Park